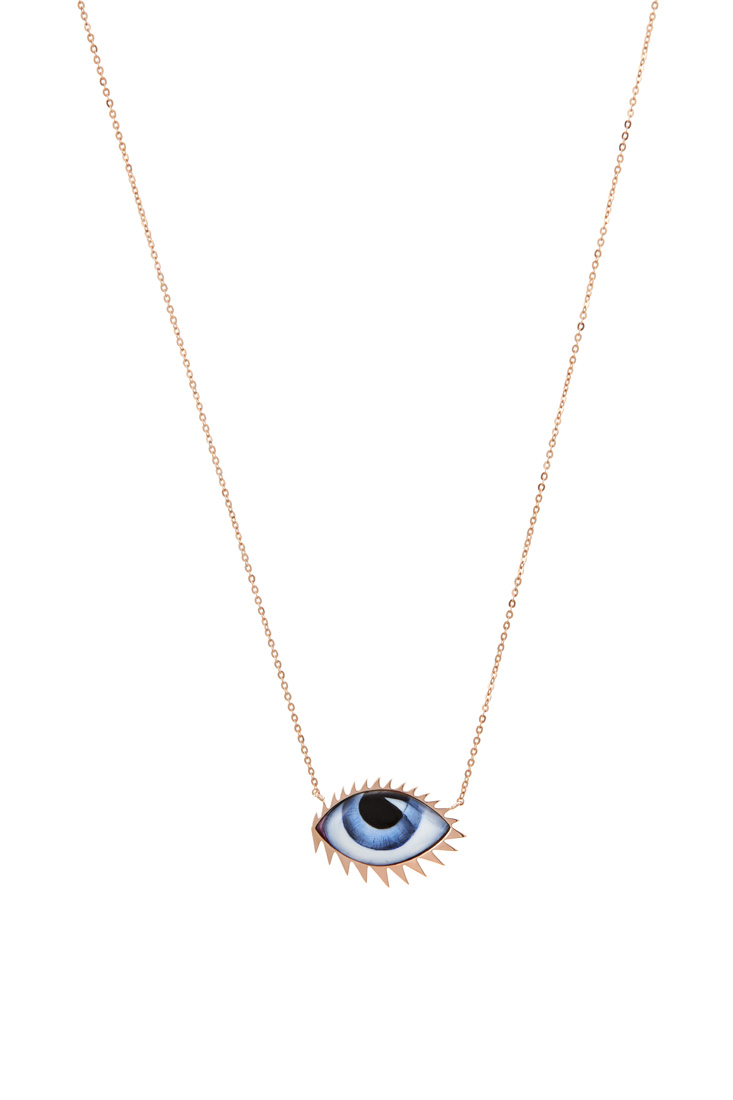 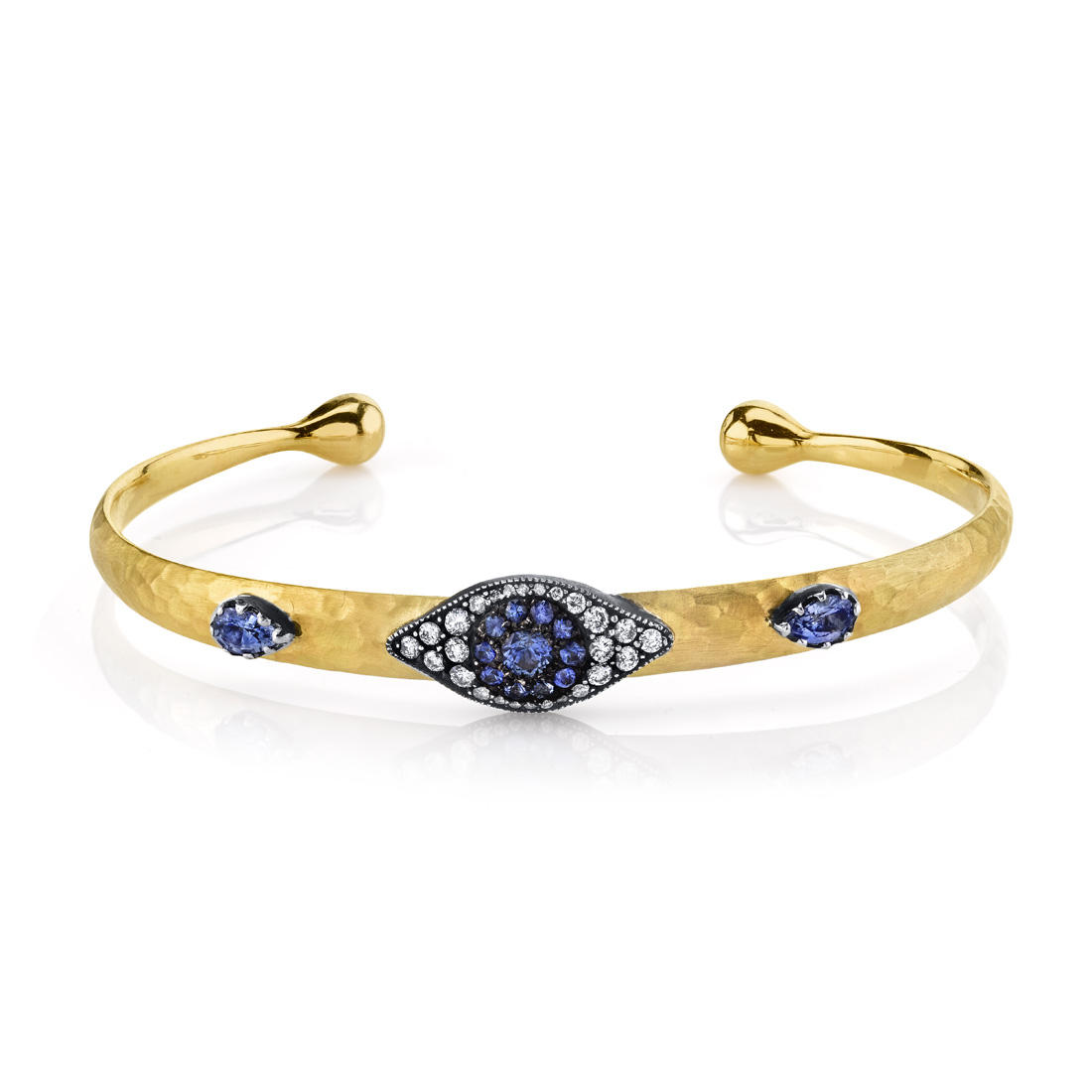 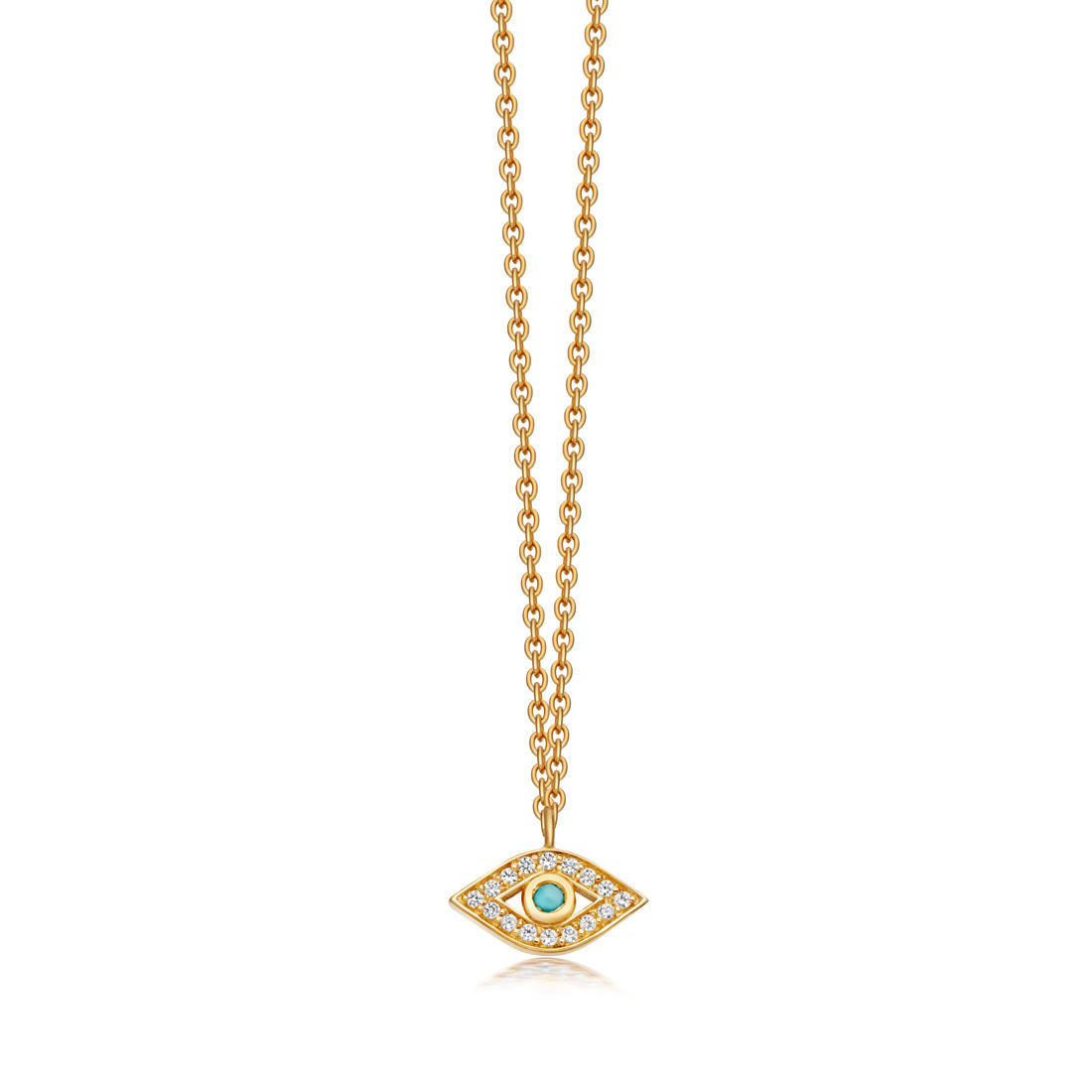 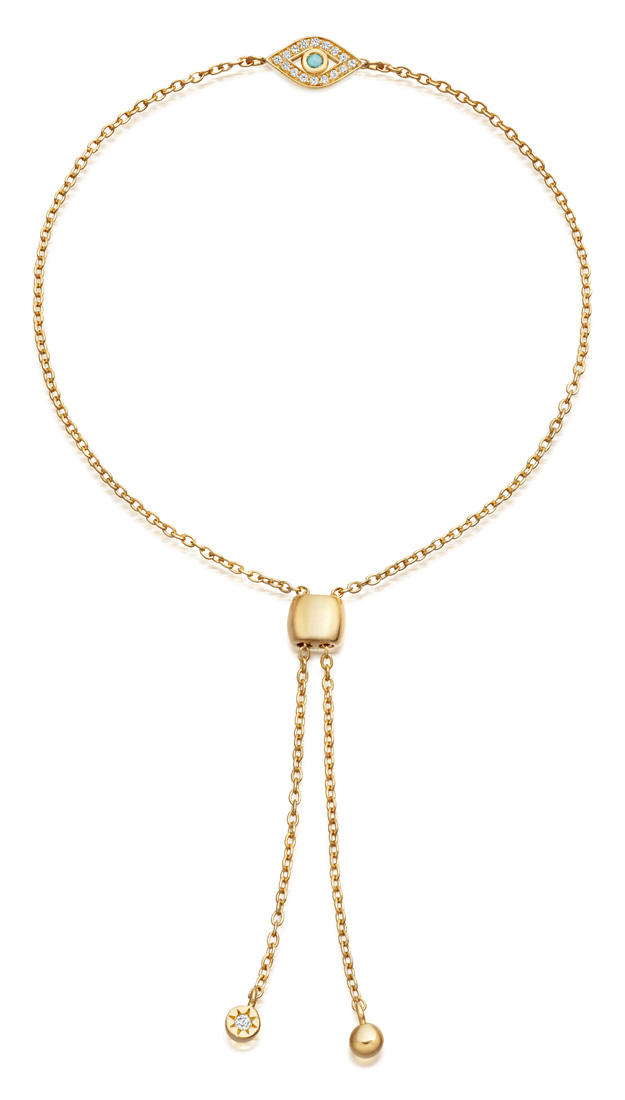 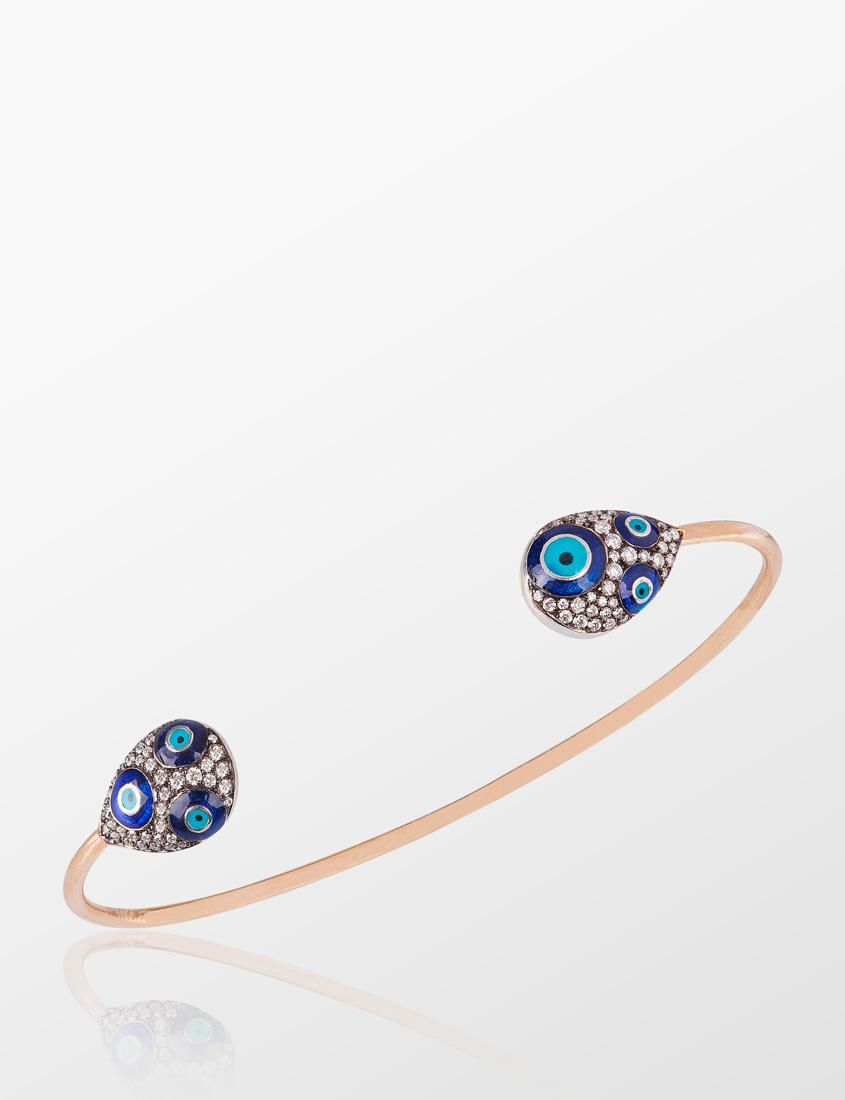 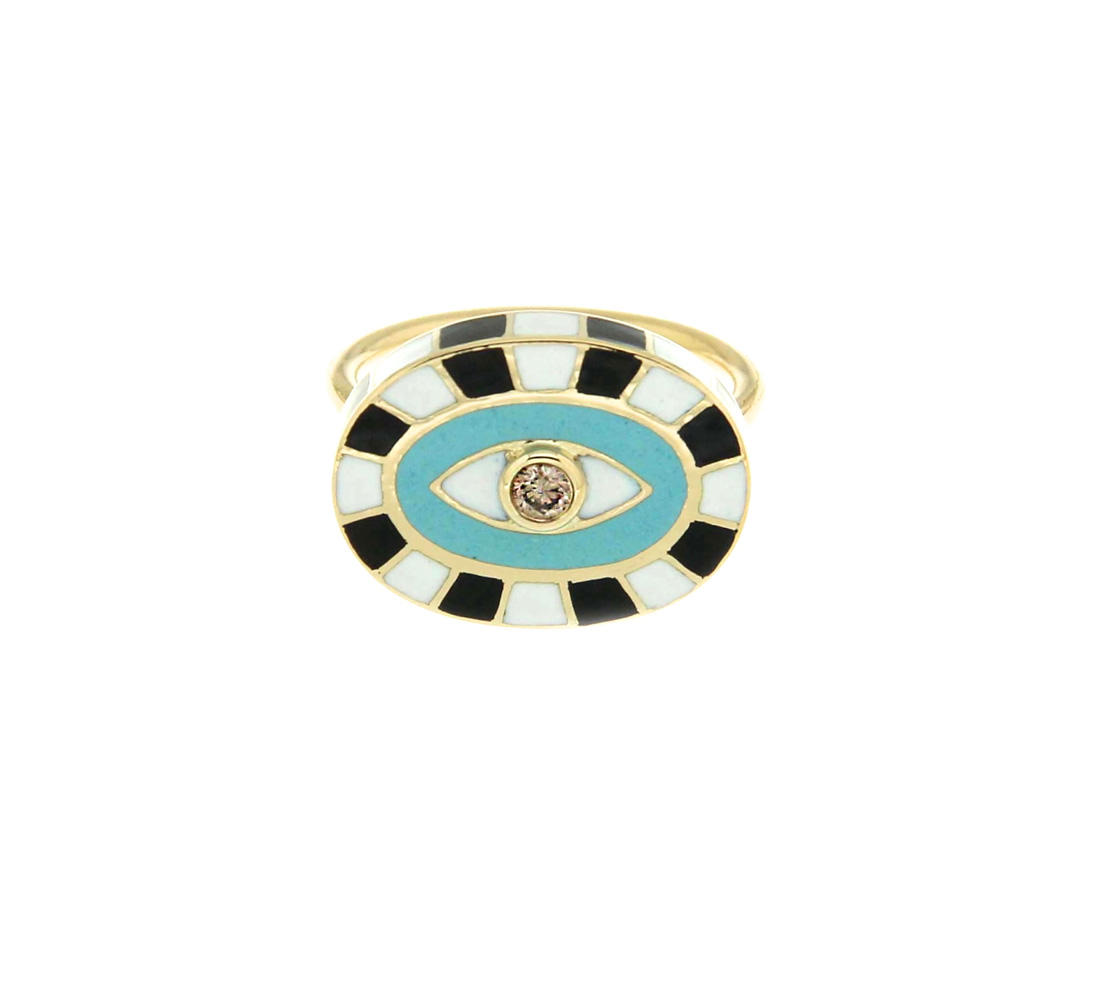 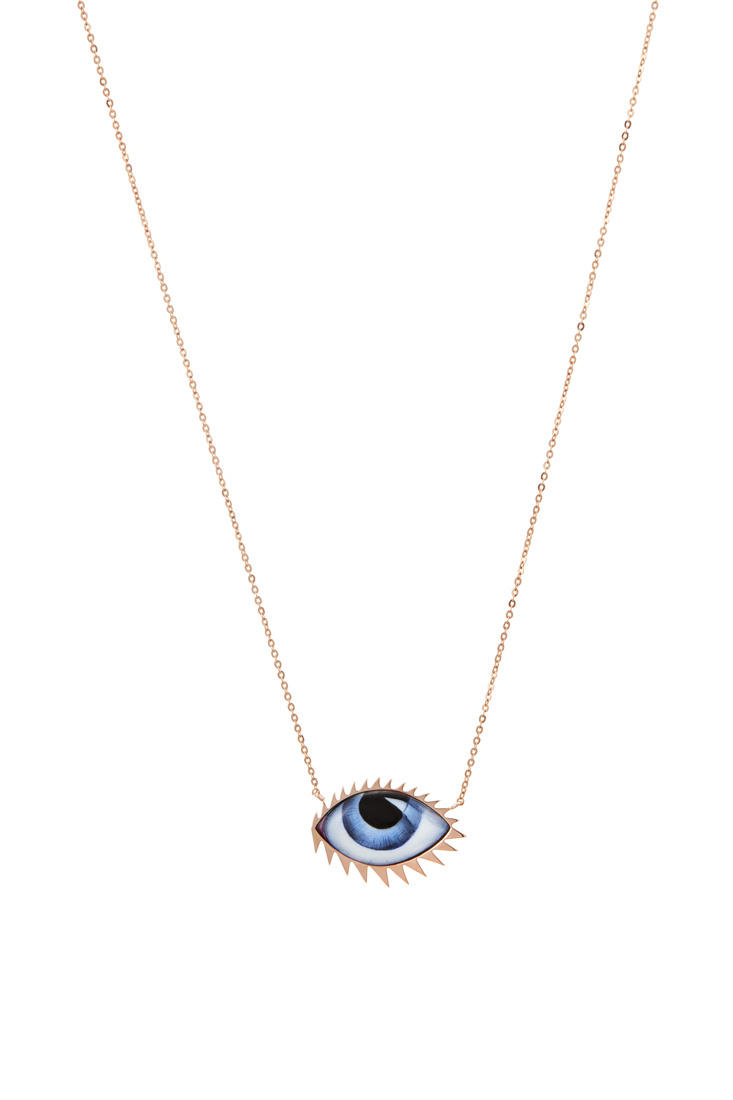 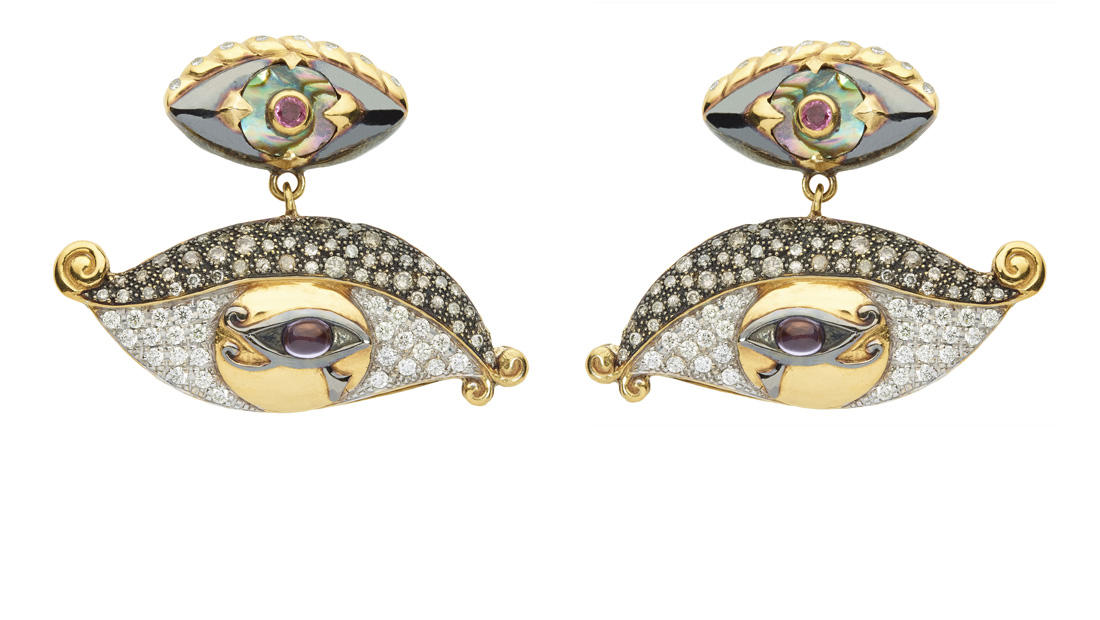 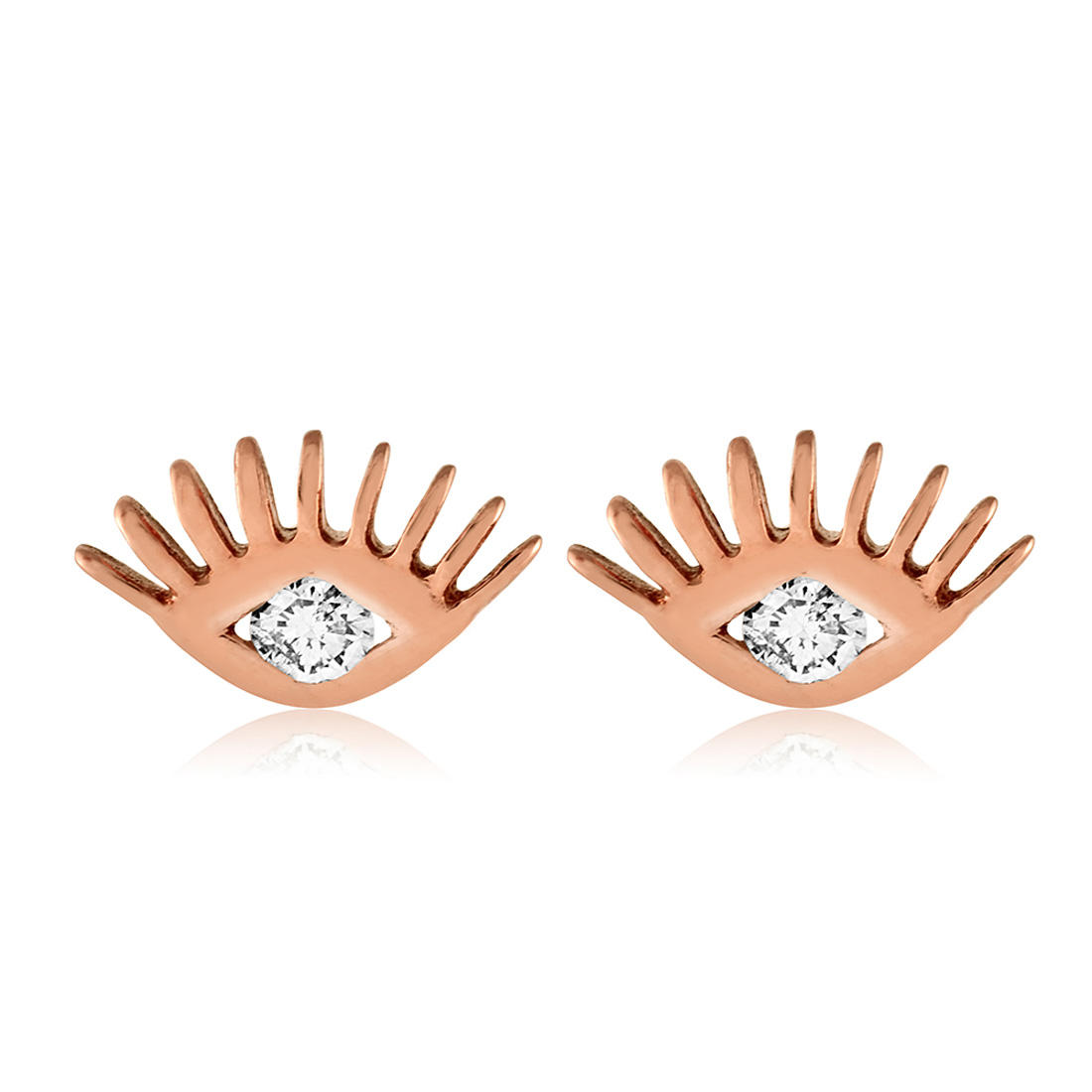 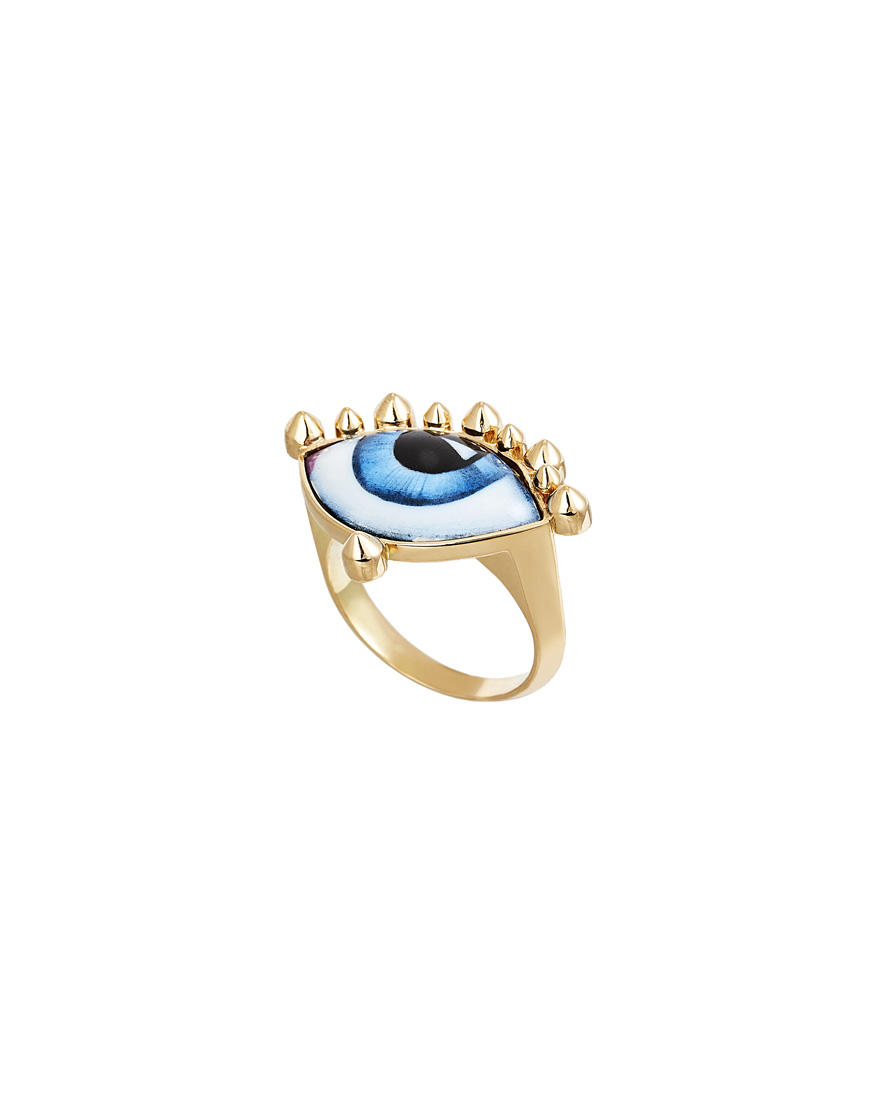 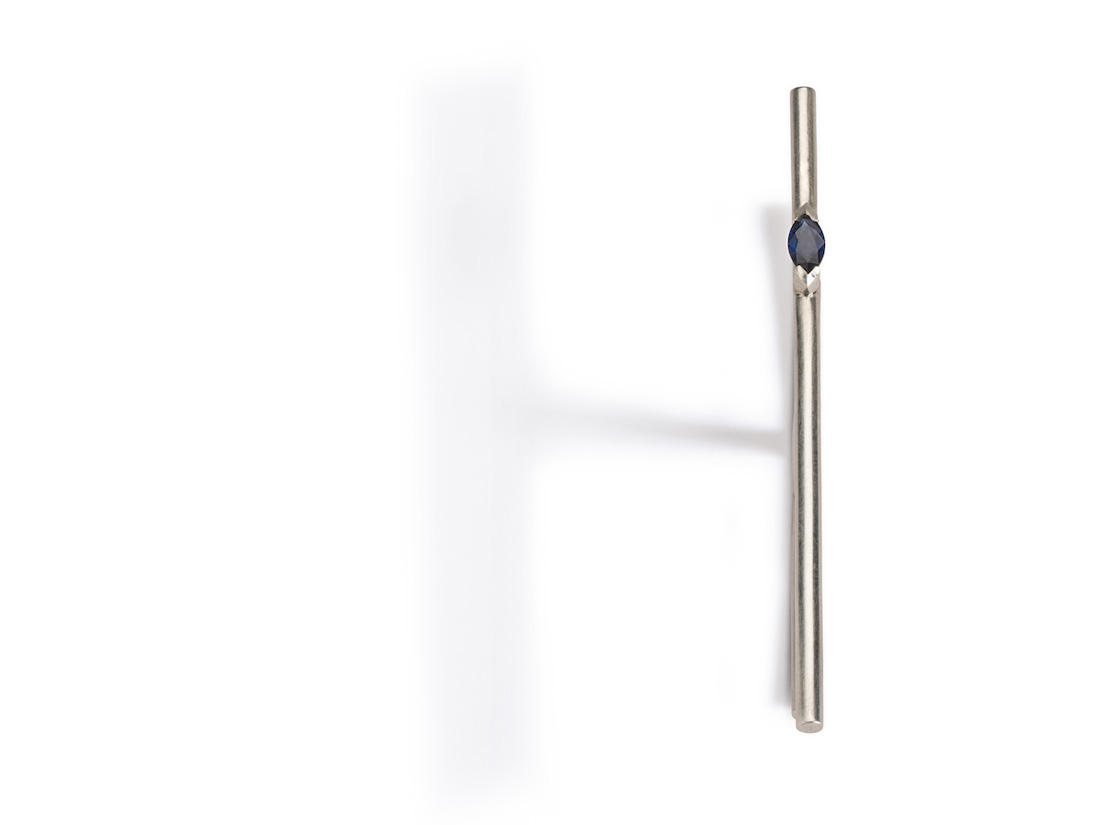 Jewelry and symbolism have been intertwined for centuries with the belief dating back to ancient Greece and Rome. The evil eye motif is one such symbol that has been transformed into jewelry, and is often worn to ward off the evil eye and negative forces.

Drawing inspiration from the Greek traditions, The Evil Eye had always been Ileana’s favorite symbol for design and has taken many forms throughout her body of work. “My work has always celebrated the undertones of mystical and figurative symbolism, and incorporates icons as a source of protection, offering motifs that are effortlessly beautiful as well as meaningful” says Ileana. An abundance of colored precious stones and their placement on rings, bracelets, necklaces and earrings have often evolved in the designer’s expression of the eye. Among her iconic pieces are the Kitten Eye pendant, Wisdom Eye ring and the Dawn Eye pendant.

Yet another Greek designer, who delves into the symbolic realm with eye-catching designs, is Lito Karakostanoglou. “Symbolism is one of the biggest inspirations for me; besides, it is also a strong element of Greek culture,” says Lito, whose Tu es partout collection is based on the traditional symbol of protection. Her work features a fine combination of enamel and gemstones. She personalised this concept and made it her own. “I added the hand-painted enamel element to the collection where I play around with different tones and colored gem stones,” explains the designer.

For interior-turned-fine jewelry designer Holly Dyment, eye inspiration comes in part from Georgian and Victorian Sentimental jewelry. In the 18th and 19th century, lovers would exchange miniature portraits of one another’s eye. It was a “love token” within wealthy European circles, observes Holly. “I then did a talisman for warding off evil with the Evil Eye in enamel fired on 18k gold set with diamonds and precious gemstones,” she adds.

View images in the Photo Gallery.

CHANEL Launches their New “Over the Moon” Campaign 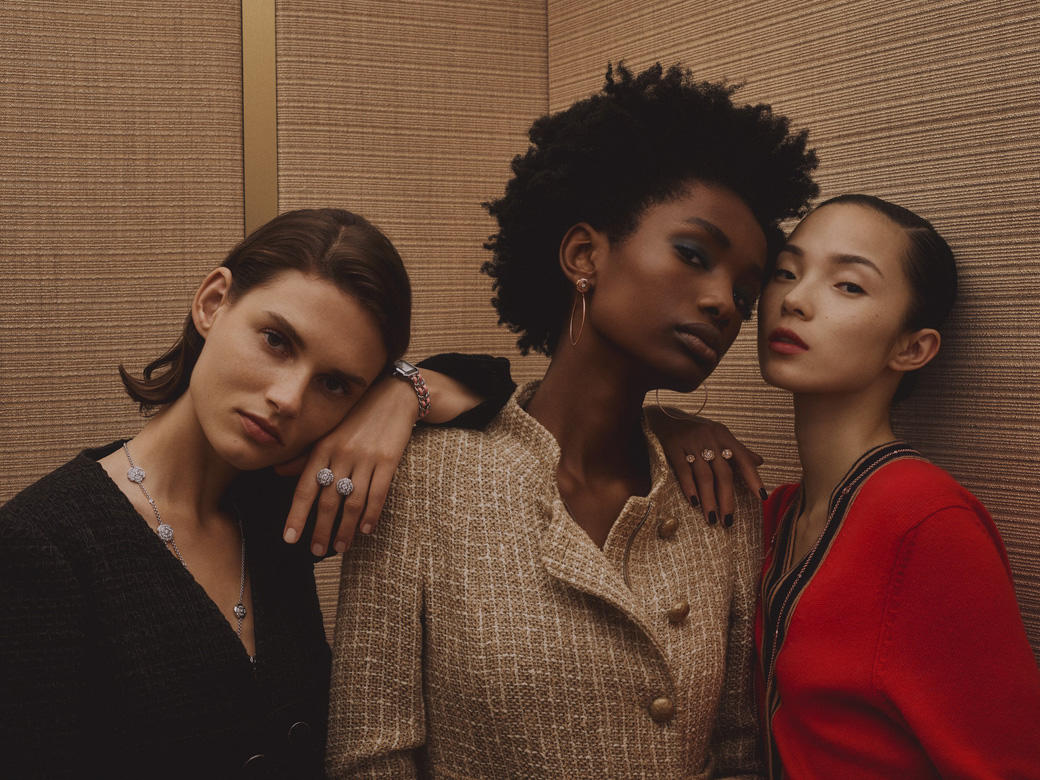 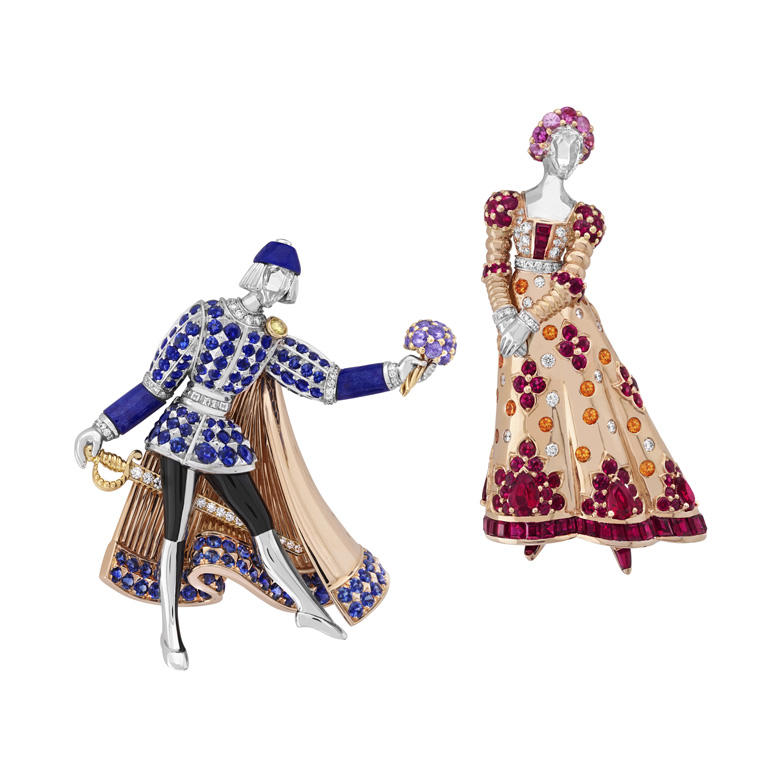 Stylish with These Jewelry Trends 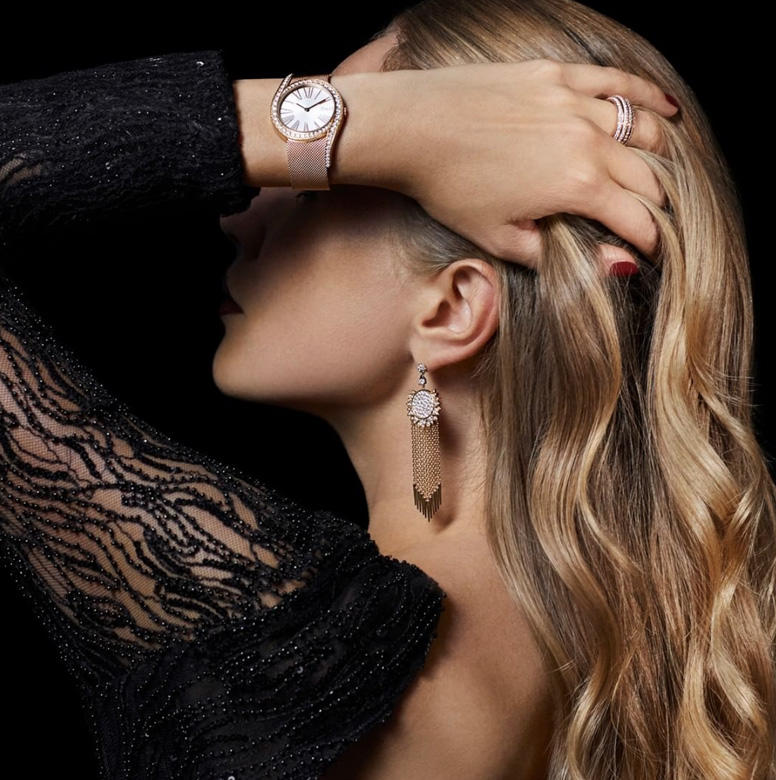