Exclusive - Christian Louboutin’s Own Take On the Paloma Bag 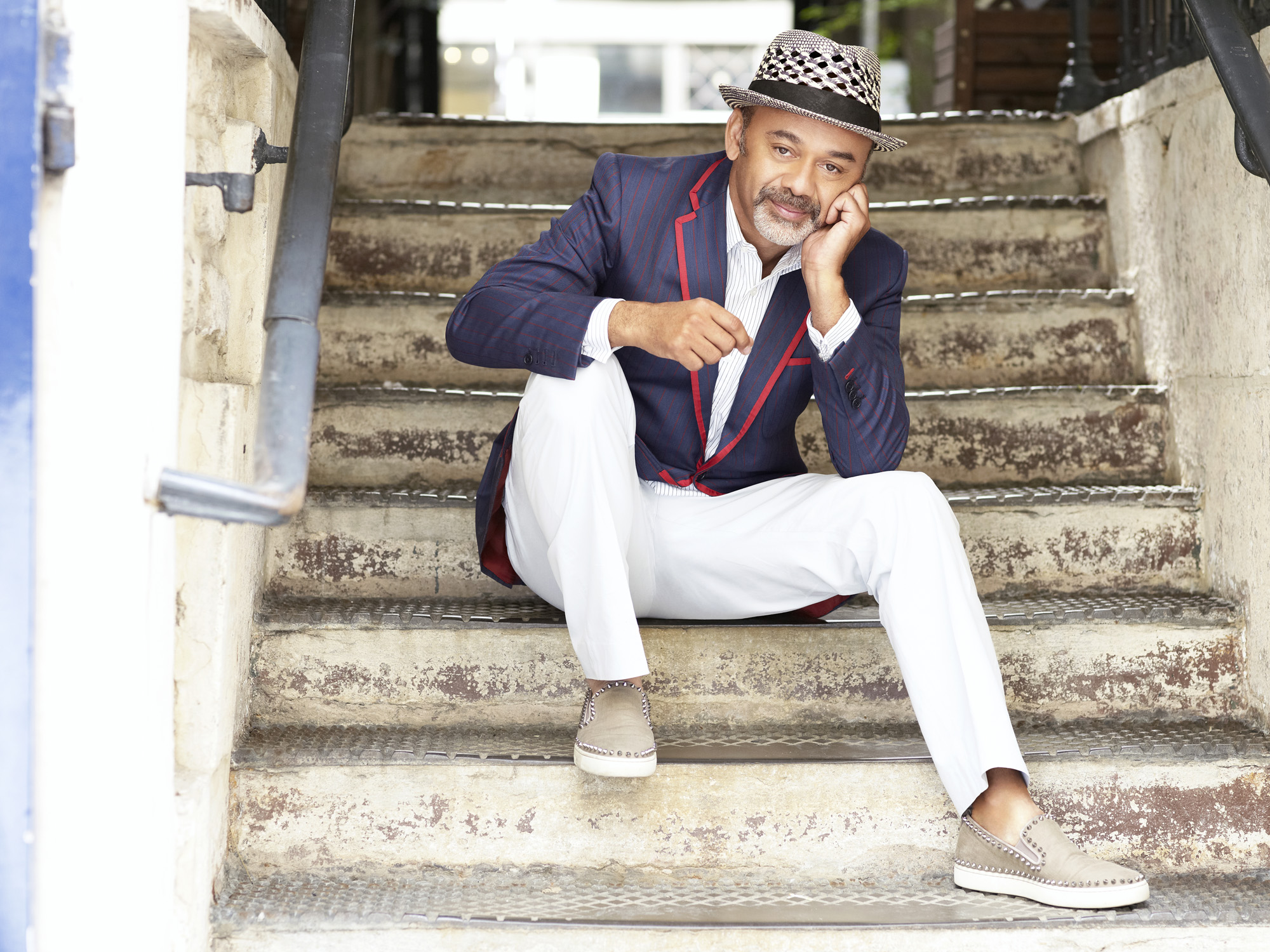 Being the iconic artist and designer that he is, Christian Louboutin redefined heels, but also revisited the absolutely cherished handbag in his own special-albeit wonderful-way. It all comes back to the unique talent of combining lavish patterns with sumptuous textures, and creating one classy marvel that only a femme fatale would adamantly carry. And this season, this idea of the avant-gardist bag is represented by the Paloma bag.

Why did you start designing bags?

At my first boutique on Rue Jean-Jacques Rousseau in Paris, we had a lot of customers asking for bags to go with the shoes- not in terms of matching a color, but they liked details from the shoes and wished they could be found on a bag as well. Also, they were always asking, what kind of bag should I wear with this? As I started helping them with ideas, I found myself saying ‘ it should be a type of bag like this’ and ended up sketching these fantasy bags for clients, showing them what volume would be good or shape or this and that.

What was the first bag you actually made?

It was the ‘Newspaper’ bag, which I designed based on one of those questions from a customer. It was a hard clutch, and a version of it has remained in the collections until recently.

What is your favorite bag from your collections?

I like the Maykimay clutch, which is made entirely from crystal chain-mail, but it’s soft and voluptuous, I like the flowing shape and the fact that there is no structure to it.

How have the bag collections changed over the years?

The collections have simply grown organically from what the customer asked me for. Many of the earliest bags were for evening; women wanted smaller bags with less architecture. Later, I became more interested in the construction of the bag, a more precise form – the Paloma is a good example of this. 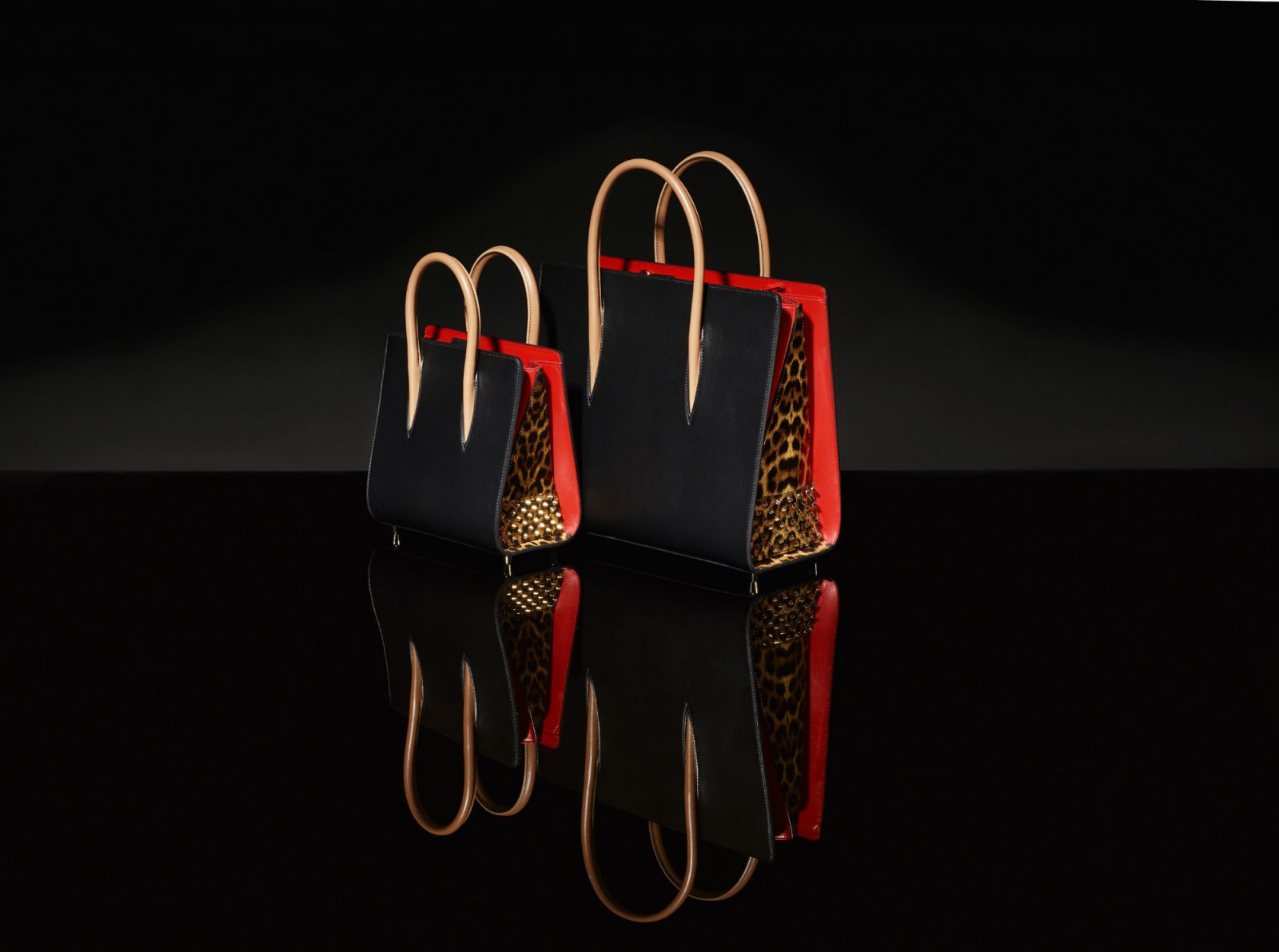 How is designing bags different from designing shoes?

The interesting thing about bag design is that however much detailing you put inside of it, the finished bag stays faithful to the original studio sketch. With a shoe you have pressure to insure the details do not alter the form, because the ‘woman has to ultimately wear and be supported by the shoe’.

Do you take a different creative process?

A woman is carried by her shoes, the shoes receive the woman. When the woman holds a bag, it’s very different- the way she wears it gives an attitude and perspective which has to be considered at the beginning of the process. For example, it was a conscious decision to focus on the sides of the bag for Paloma, as when the woman holds a bag, the front and back are hidden by her body, the side is what it’s seen as she walks.

What was the concept behind the Paloma bag?

The Paloma concept has its roots in the ‘Trash’ series, a bag and shoes which were decorated with the fragments of life found in the atelier where they were being made. The Metro tickets, cigarette stubs, love letters, stamps and general trash of life which covered their surface ultimately told a story of a time and place. The Paloma tells the story of a world discovered as young man in Paris, the world of the showgirl. Here, the design components of these dancers, backstage in their private dressing rooms where they prepare and transform for the show. For the Paloma, I reminisced about the dark setting, and elements of leopard-print, from a bathrobe to underwear strewn about the dressing room- and the bright shining lights around the dressing mirrors. The Paloma is not about one dancer, all the girls were different with individual characters, but within this setting were classic signs of femininity which they all shared.

So the Paloma takes its inspiration from the backstage world of the showgirl?

Exactly, it is an expression of all the things you would see behind the paravent or screen at the theatre, but also the showgirl herself. Paloma is a showgirl, the handles are shaped as her dancer’s legs, as if slipping through the stage curtain to the audience. 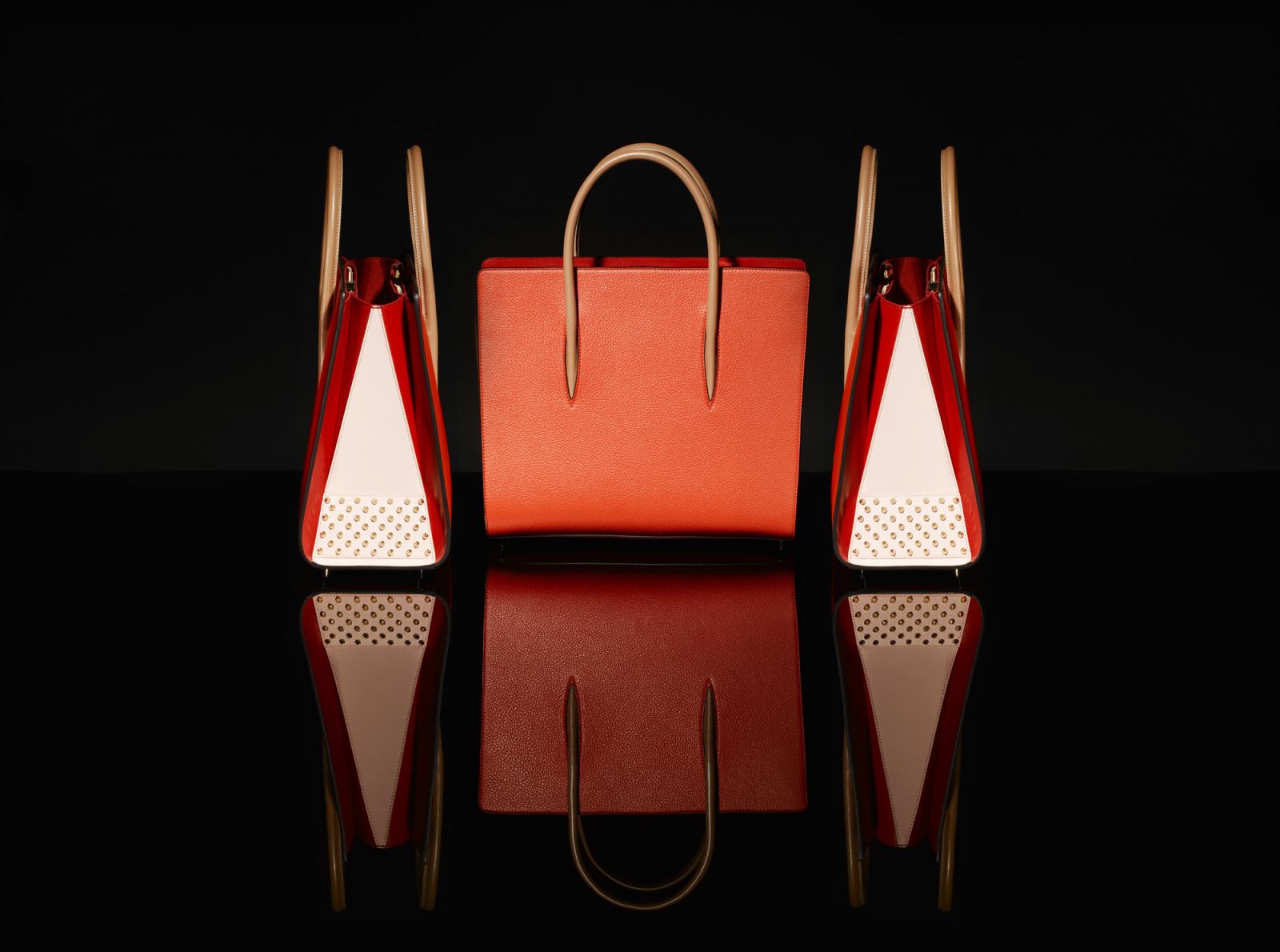 Do you imagine the woman who wears the Paloma to share an affinity with the showgirl?

There is an element of showgirl in every woman, when she shows her feathers, but the Paloma is about elements of classical femininity. You don’t have to be a showgirl to wear it, but you do have to be, and enjoy, being a woman.

What do you think about a woman’s relationship with her bag?

A bag is a diary of a woman, even more truthful than a diary in fact. If you look into the bag of a woman, it is all there, like a film trailer. It’s literally her baggage, and you realize very quickly that bags often need to be big, as a woman carries things which she will use during the whole day. A woman goes through a number of ‘steps’ each day, and so a bag is carrying the life of the woman to take these ‘steps’, it’s almost an unedited map of her day.

I consider the bags to be the twin of the shoes, and so that leads me to the question, what is a twin for me? I think it is two people from the same character, of the same family – they are detail oriented, quality-driven, fun and need to have both a witty element and feminine side. That is what they have in common but in the same way, they have their own identity. For example, if you were having dinner with one of a pair of twins, you are not having dinner with half a person. They have separate characters. The bag designs cannot be nourished only on the characters and details seen in the shoes, they have to grow into their own characters.

The Paloma is available in two sizes, is this important for a woman?

Absolutely! The same bag can look like a suitcase on a petite woman, so of course, according to their size, they must have the opportunity to choose what looks best for them. Also, from my travels, I have noticed that some cultures demand a certain size of bag for a woman. The Paloma design is almost like origami, if you want to carry a number of things, it can expand in size.

Do you think some women consider utility more when they buy bags than shoes?

The bag as a diary for a woman means that when you open it, some of your life needs to remain hidden. So, in this way, some uses of the bag have to be taken into consideration when they buy the bag. But it is no less an exciting choice, despite having practical concerns. What I have noticed, is that there are definitely some women who are really shoe women, and some who are bag women. 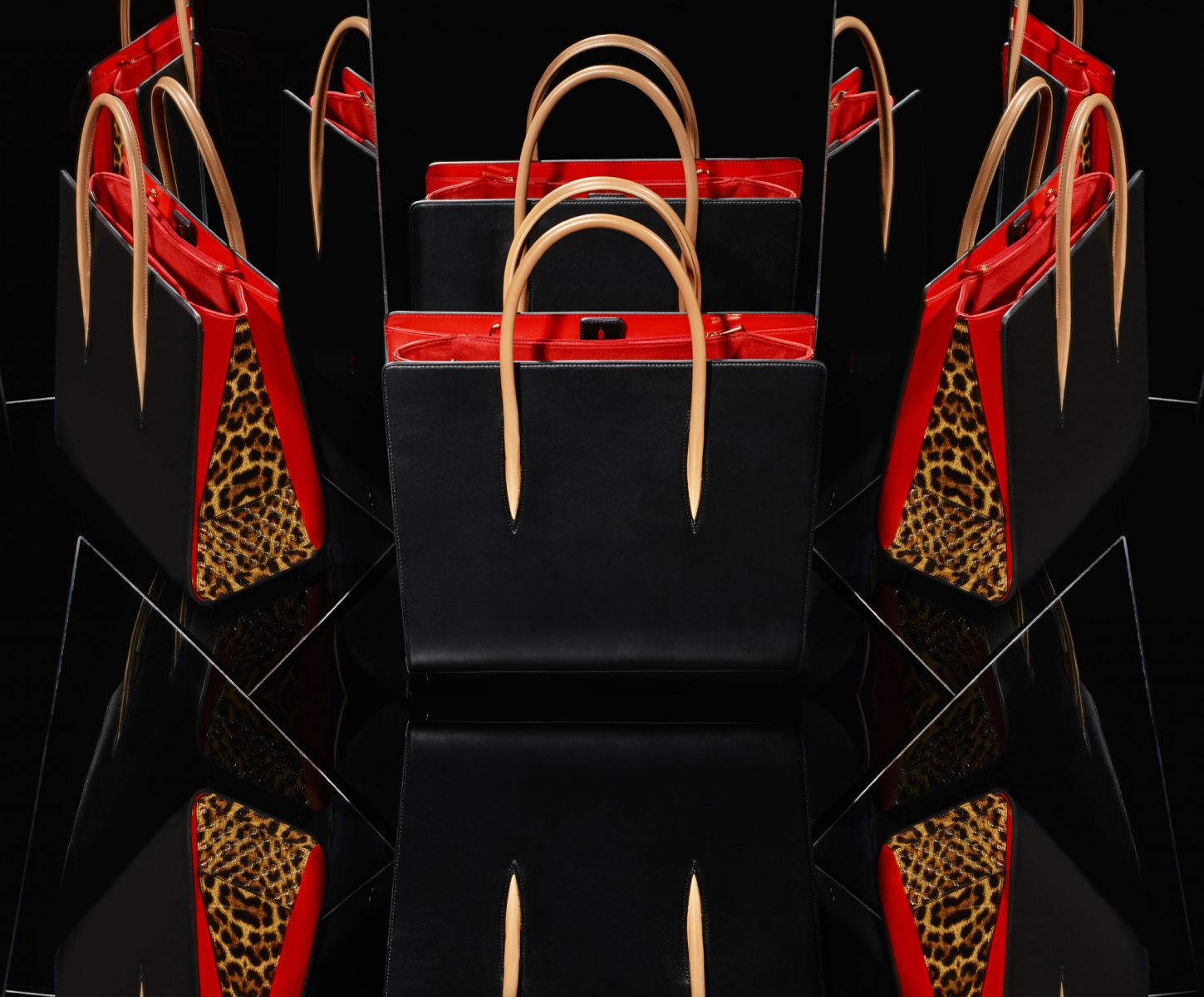