Fashion
Tiffany & Co. Masters the Art of the Sea in 2015 ‘Blue Book’ Collection

Mysterious and powerful, the sea represents a new chapter in Tiffany’s ‘Blue Book’ history. This year, the iconic ‘Blue Book’ collection celebrates nature and its inexplicable forces through one-of-a-kind designs created for the first time by Design Director, Francesca Amfitheatrof.

Launched in 1845 by founder Charles Lewis Tiffany, the ‘Blue Book’ collection celebrates their signature majestic blue color, which has become synonymous with Tiffany & Co. The history of the collection recounts a detailed story about the jeweler’s role in the evolution of American design, his distinct creations and his use of the world’s most beautiful diamonds. Earlier editions of the ‘Blue Book’ included French and Spanish crown jewels, marking the first appearance of diamonds in the US, in addition to a magnificent selection of jewelry pieces that won gold medals during the world’s biggest jewelry fairs in the late 19th and early 20th centuries.

In later editions, ‘Blue Book’ pieces drew inspiration from the stained glass masterwork of Louis Comfort Tiffany, son of the house’s founder and a renowned leader of the Art Nouveau movement, as well as designs from the 1920s platinum age of diamonds to cocktail-style suits in the 1940s and 50s.

Staying true to legacy, ‘Blue Book’ 2015 sees diamonds in motion, reminiscent of the sea in its many phases; spinning in whirlpools, cascading waterfalls and glistening with the reflection of the moon on its surface. The colorful gem stones Francesca Amfitheatrof used in some of the collection pieces reflect blossoming undersea gardens. 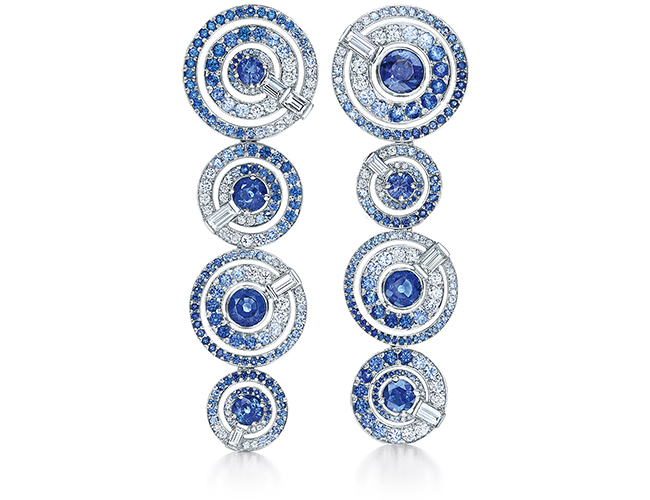 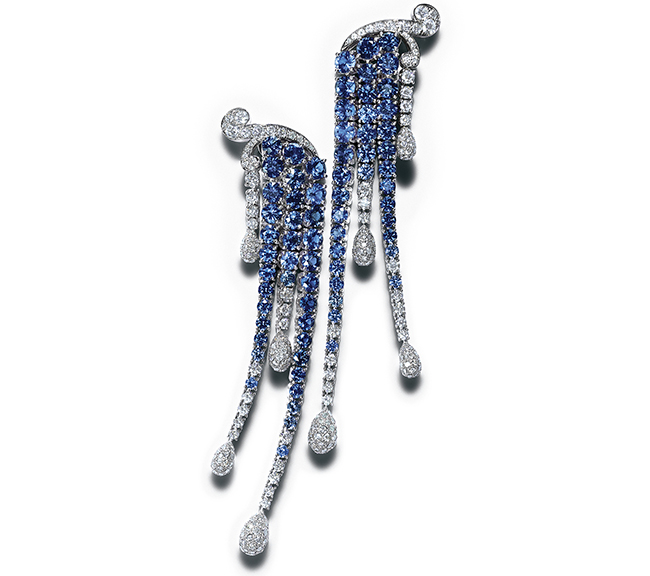 “Our Blue Book jewelry honors the sea as the source of life and acknowledges the many ways we are inexorably linked to the natural world," said Amfitheatrof. This year’s edition of the ‘Blue Book’ collection not only pays tribute to the sea and its hidden beauty, but also reflects the mission of Tiffany & Co. Foundation in supporting coral conservation and safeguard marine ecosystems.

Giving way to highest standards in clarity and saturation, hand-cut colored and white diamonds come in baguette, round and pear shapes to form shimmering necklaces, bracelets and rings. As the color blue is at the heart of this collection, blue-green diamonds were used to reflect the fusion of sea and sky colors, while yellow diamonds were added to represent the sunlight's reflection on the water’s surface. Pearls from the South Sea also played a role in this collection, considered as natural treasures of the undersea world. 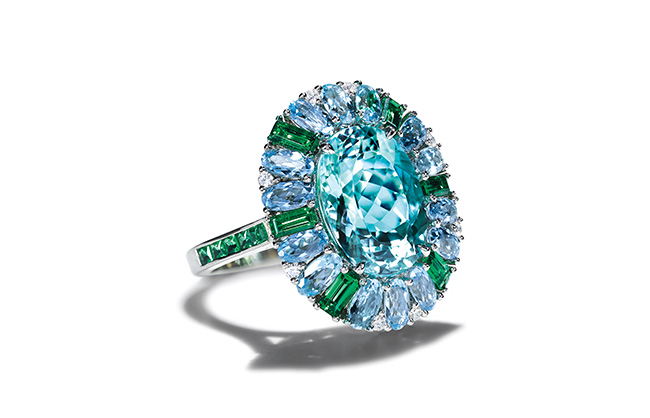 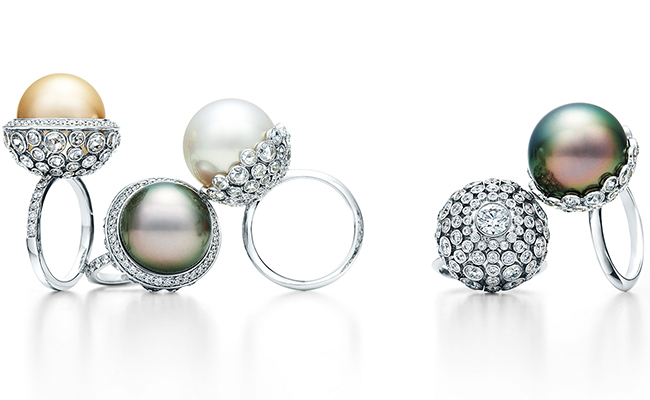 “Blue Book is an important symbol of Tiffany & Co.,” says Amfitheatrof. “Its rich heritage draws the finest artisans, who create a world of luxury that no other jeweler can equal. To design this important collection with these talented people and the most extraordinary gems is an honor and a privilege.” 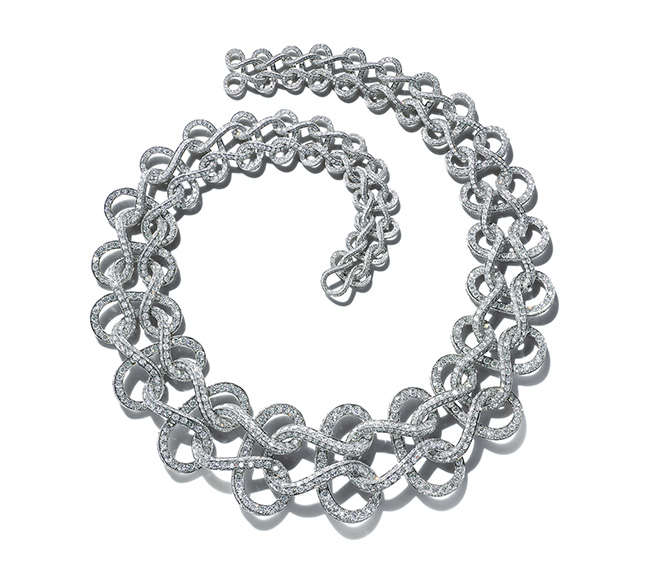 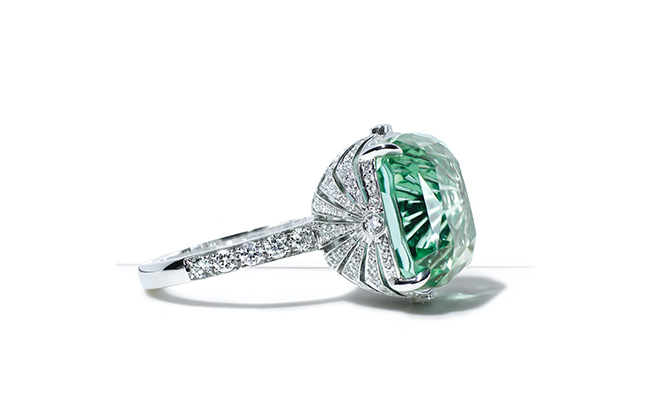 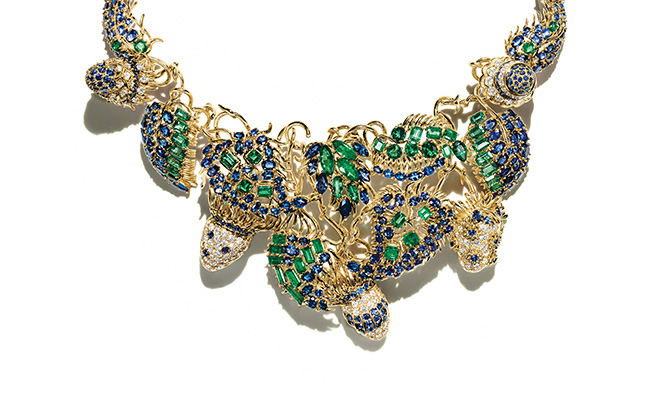 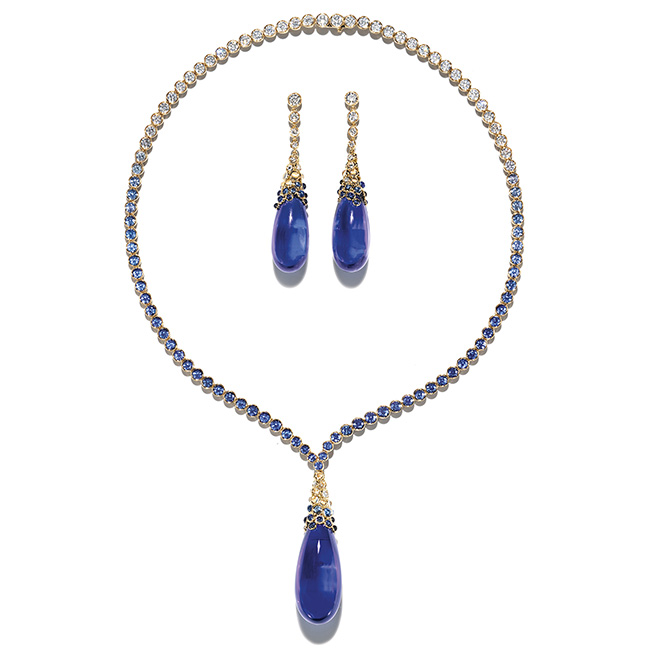 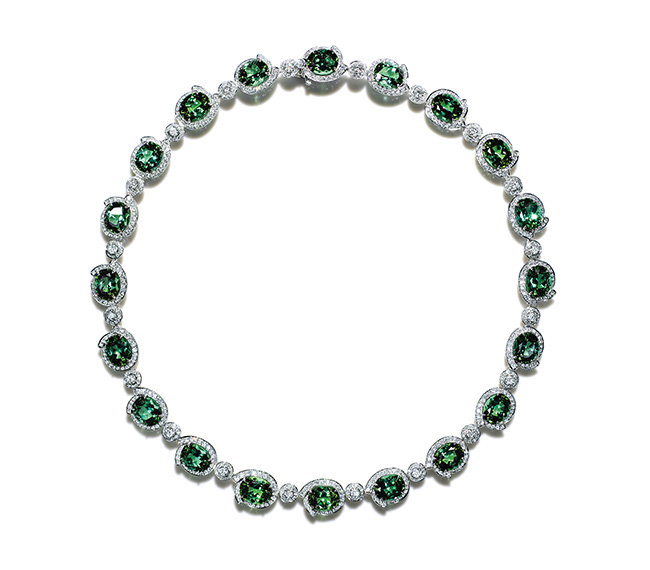