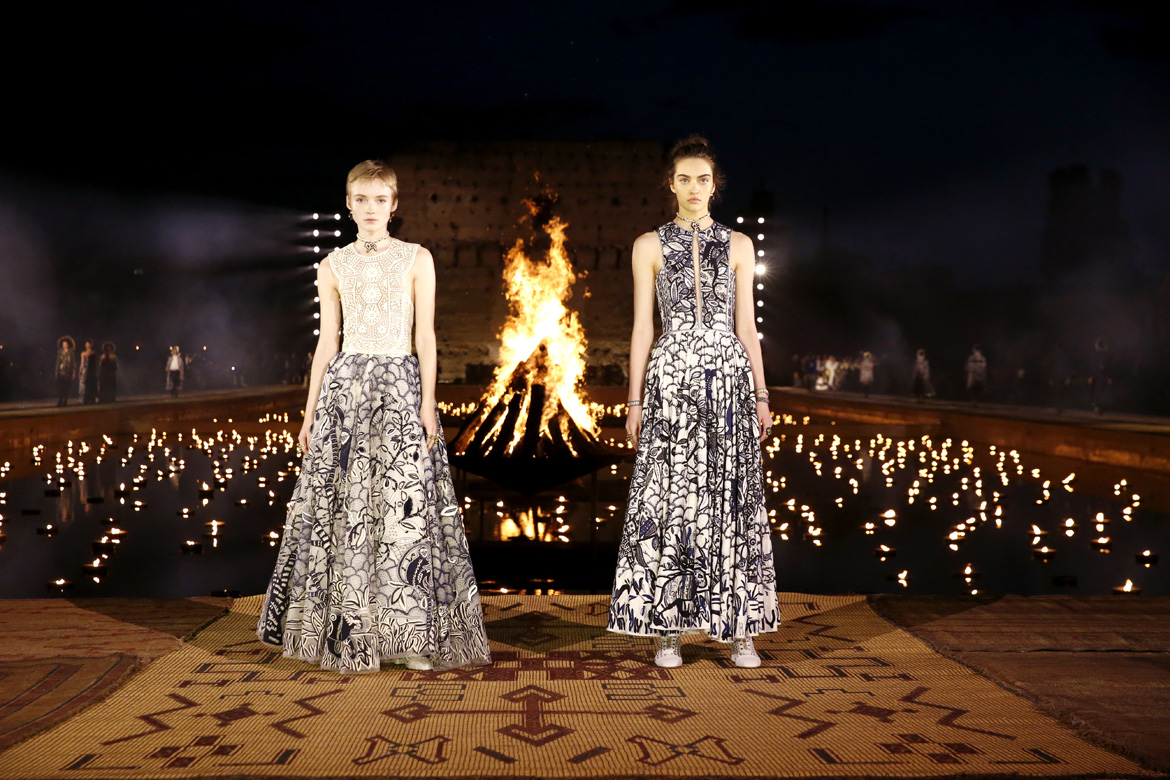 How about a little stop in the fine desert of Marrakech to witness the French Maison’s newest collection? Indeed, for its Cruise 2020 runway show, Maria Grazia Chiuri invited guests to a two-day adventure at the Palais El Badi, where African vibes and Morrocan-themed decorations were filling up the air. The courtyard’s pool was even set alight with countless torches beaming around the surface, celebrating the theme of “common ground” – dubbed as a celebration of different cultures merged onto one single common ground.

“…Because it is the common ground on which discourse among women across their myriad differences can occur.” –  Naomi Zack, Inclusive Feminism: A Third Wave Theory of Women’s Commonality.

So what was so special about this particular collection? Simply put, rather than going the usual way and drawing inspiration from the African world, Chiuri collaborated with a slew of African artists from different cultures to inject their magic into said collection. The dialogue between the French Maison’s codes and the African culture was ever so alive, as the creative director merged Dior’s legendary Toile de Jouy and Tarot cards motifs with traditional wax print fabric from the Ivory Coast. The tribute to craftsmanship and cultural appreciation was also developed within a set of jointly designed pieces by local women artisans for instance and Sumano, an association created by three women artisans (SUzanne, MAnuela and NOuky). That said, Sumano also produced both pottery and fabrics for the show’s décor.

Wax patterns were designed by Uniwax, an Ivory-Coast factory that produces traditional fabrics using artisanal techniques. And so, various Moroccan landscapes came to life with the help of African artists – from the Bar suit to the warp prints, jacquards and fils coupés.  The dialogue ignites with a series of symbolic African motifs – all of which reveal a sense of collective heritage, as Chiuri would have it. One of Africa’s leading designers, Pathé’O, designed a special shirt for the collection, paying tribute to Nelson Mandela. And that’s just the tip of the ever-so creative iceberg, where designers such as Grace Wales Bonner and  Mickalene Thomas reimagined through their own lens new versions of the New Look, the Bar jacket and a skirt.

And with celebrities such as Jessica Alba, Karlie Kloss and Shailene Woodley – amongst others – gracing the two-day adventure with their presence, who wouldn’t be head over heels for the Maison’s African-inspired journey? 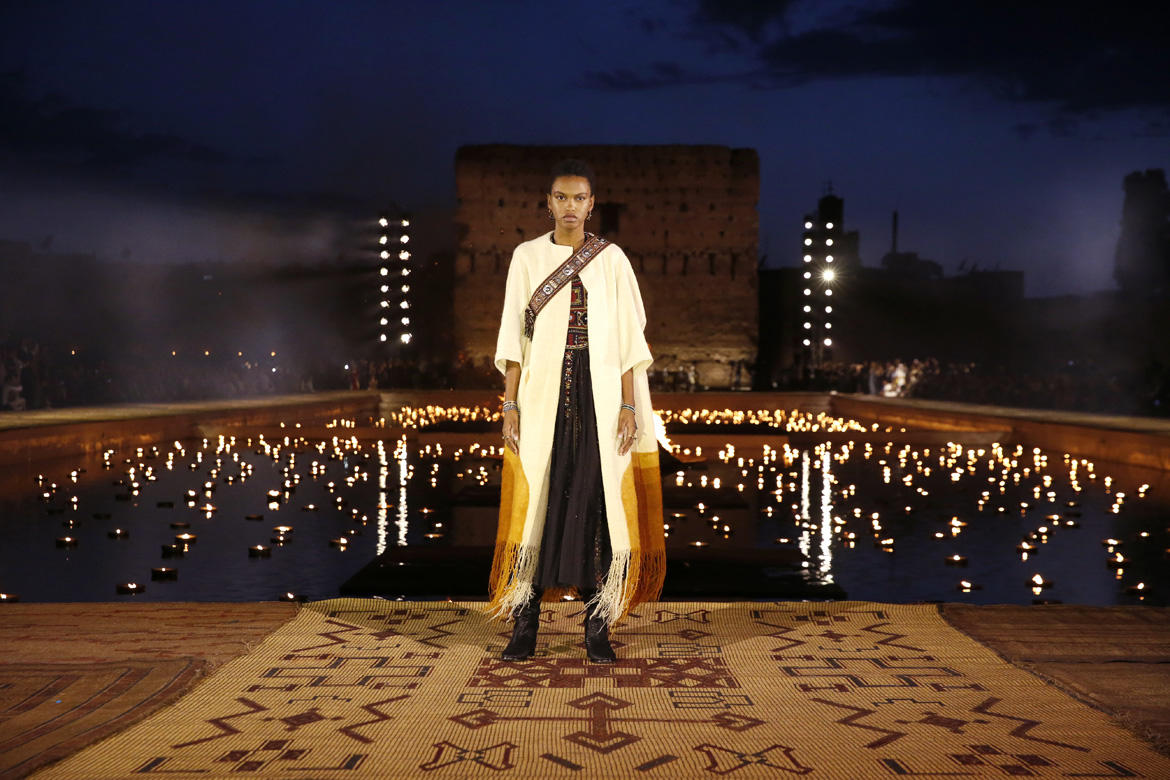 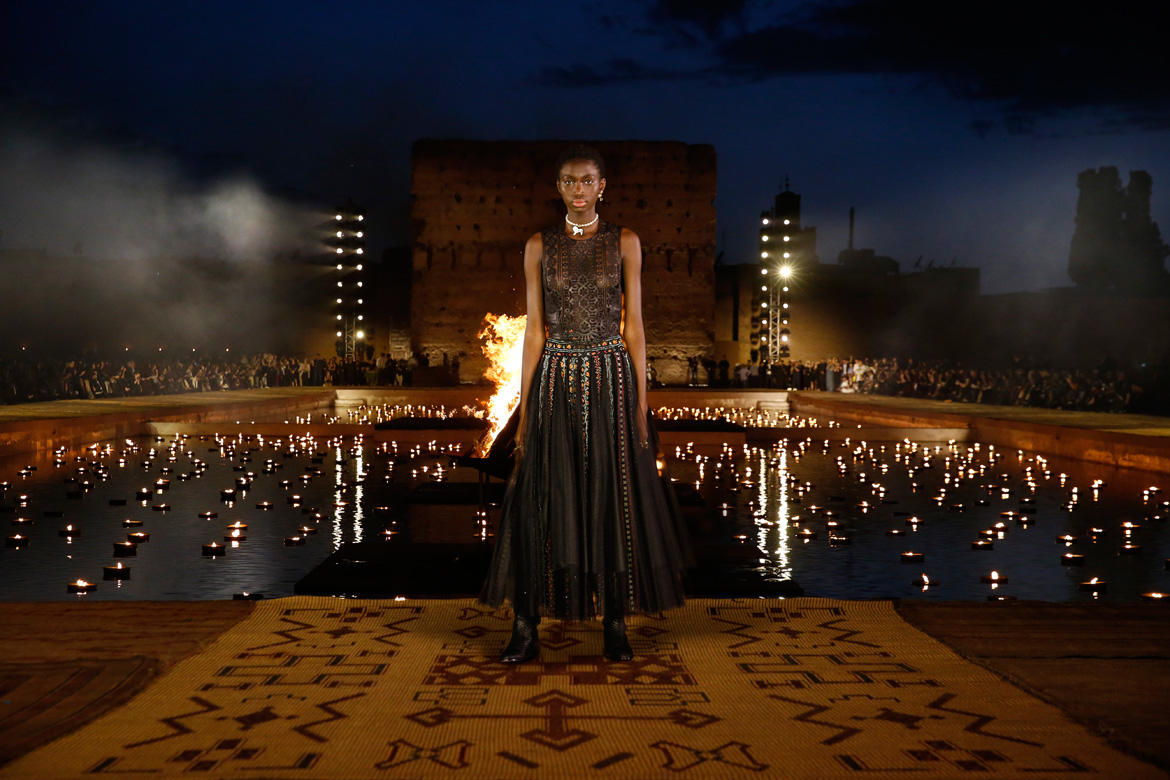 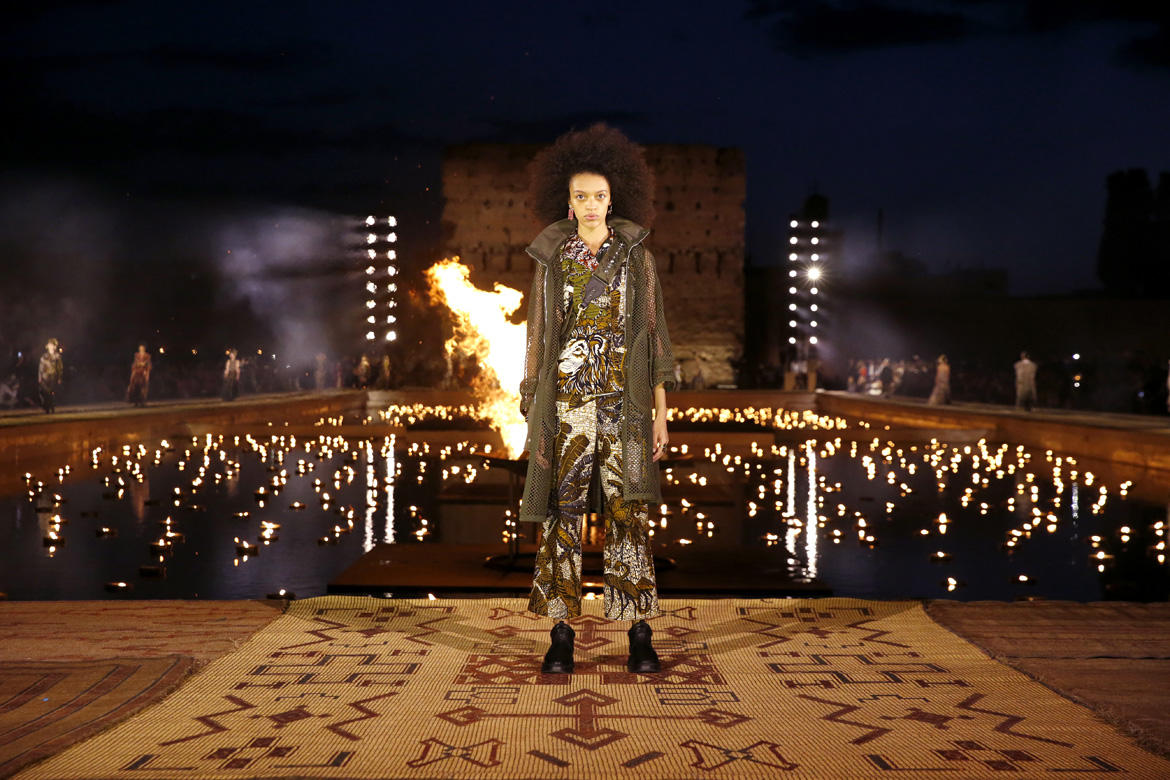 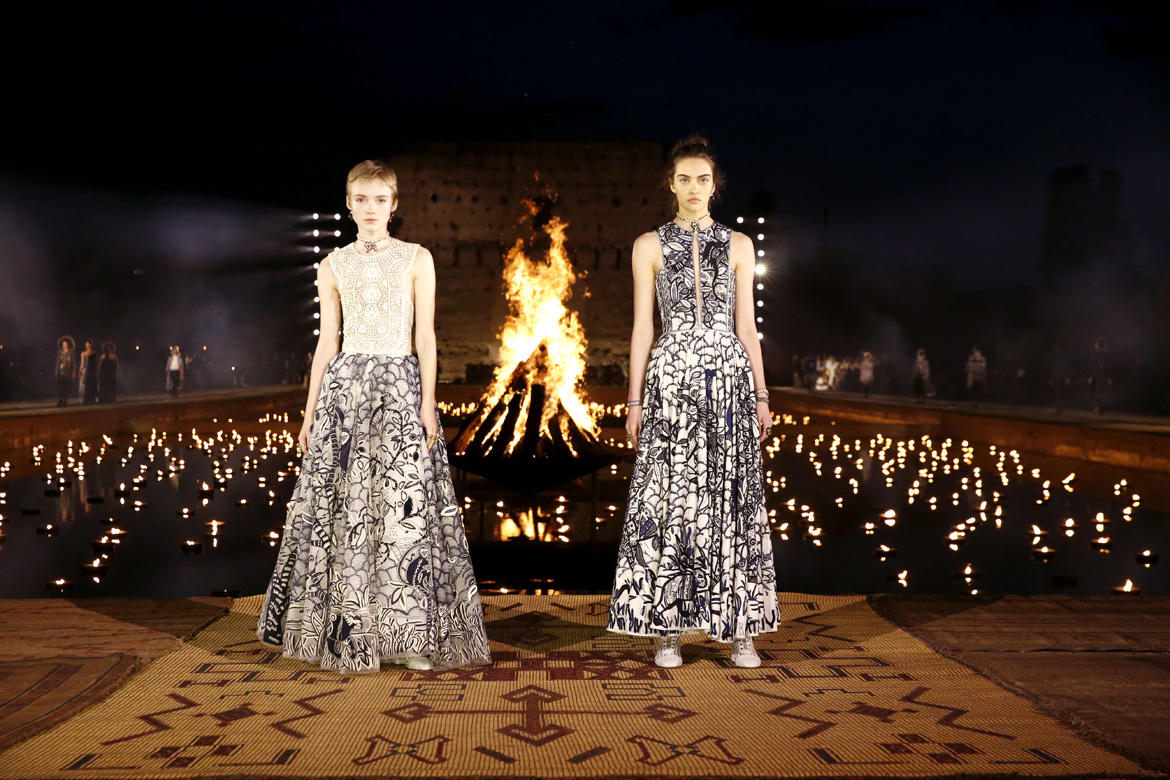 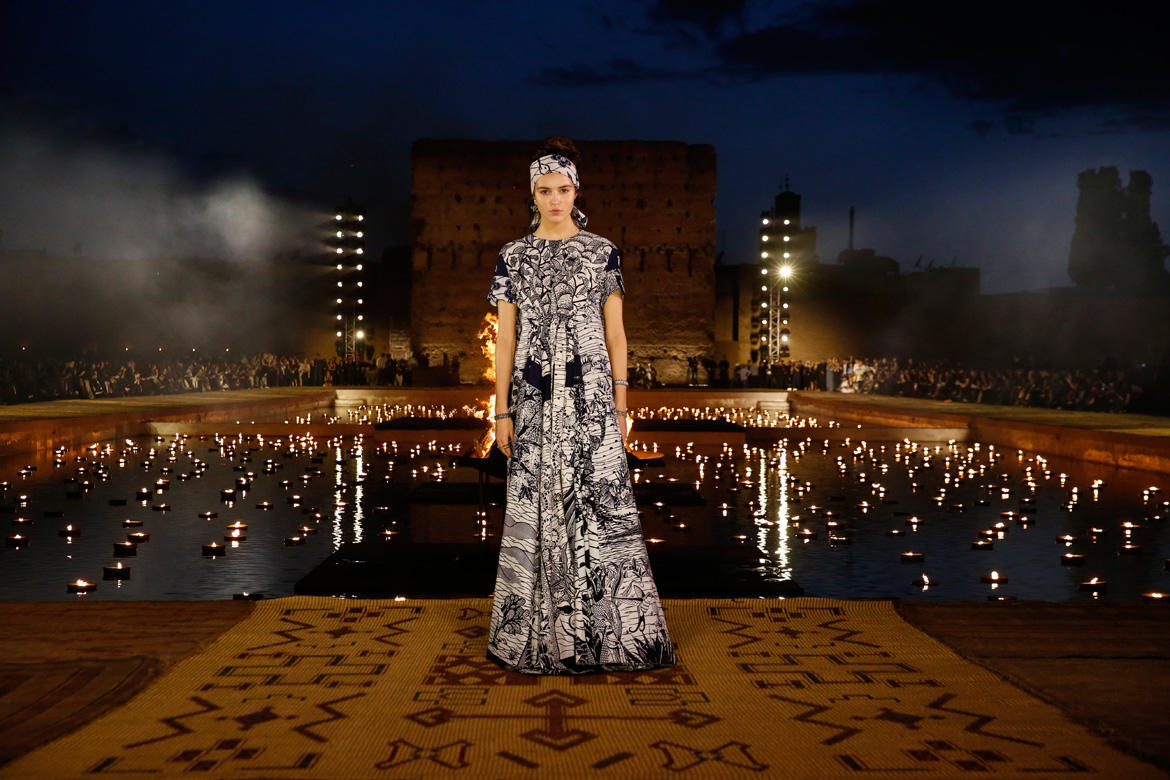 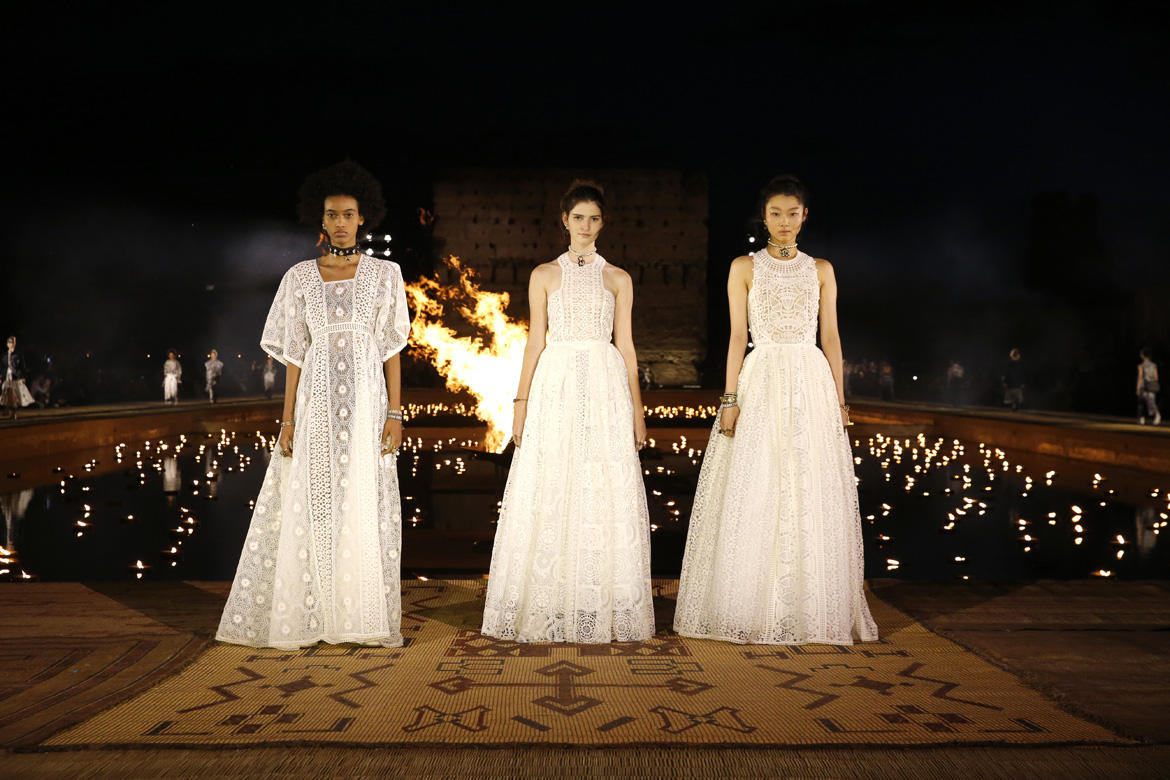 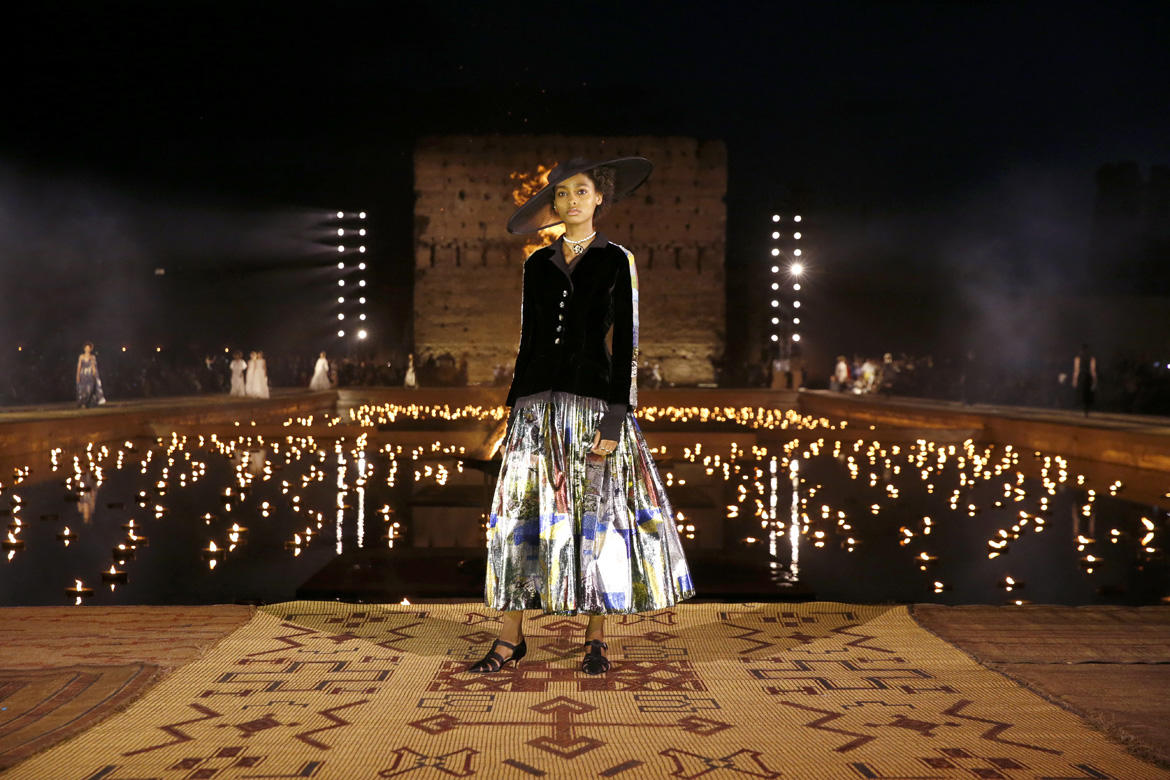 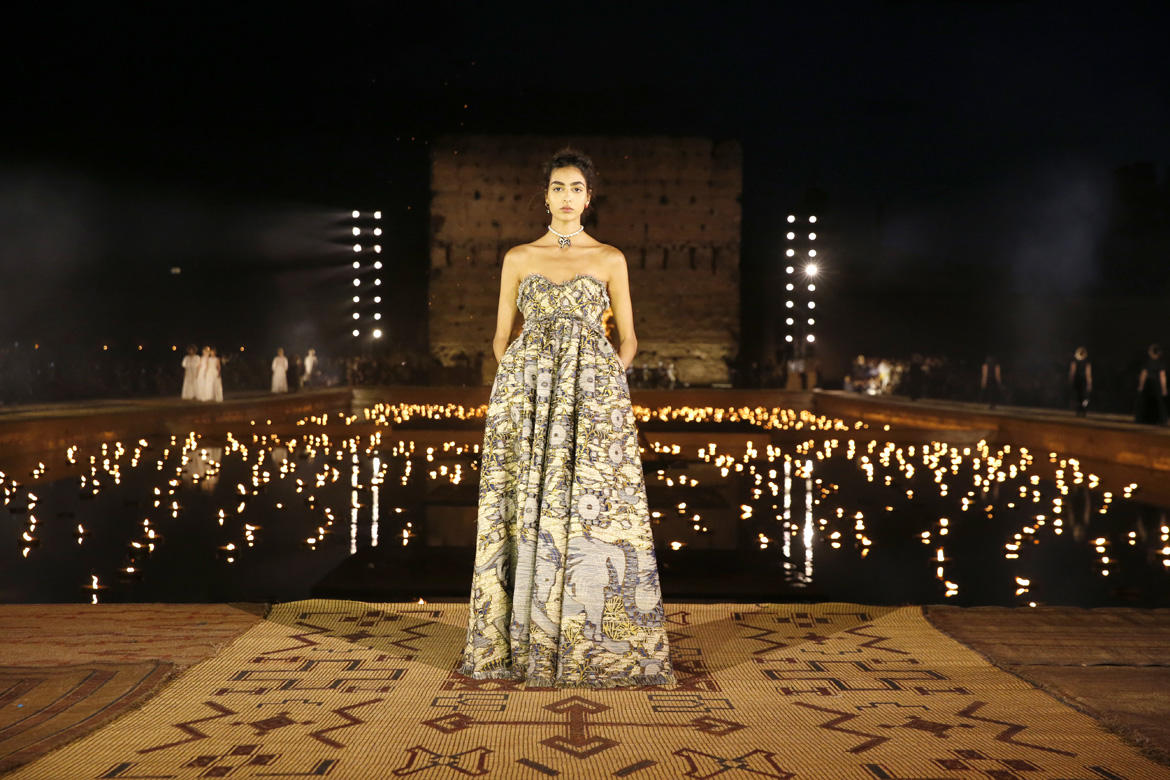 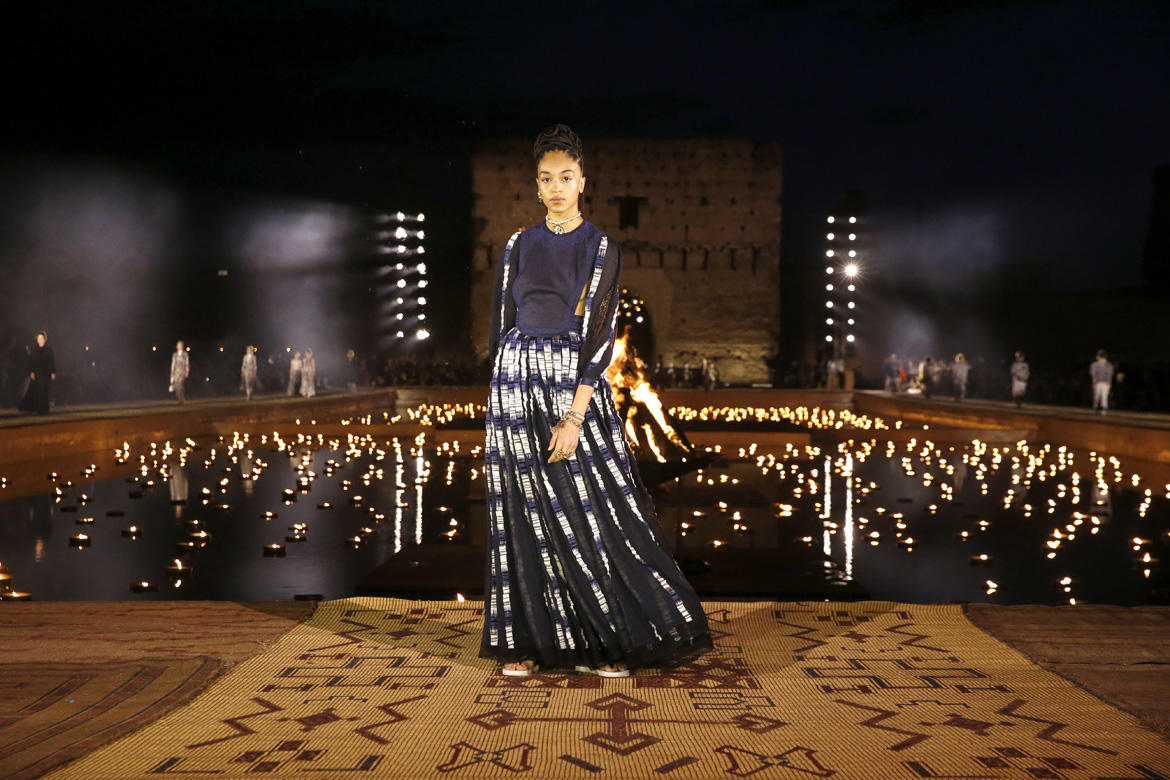 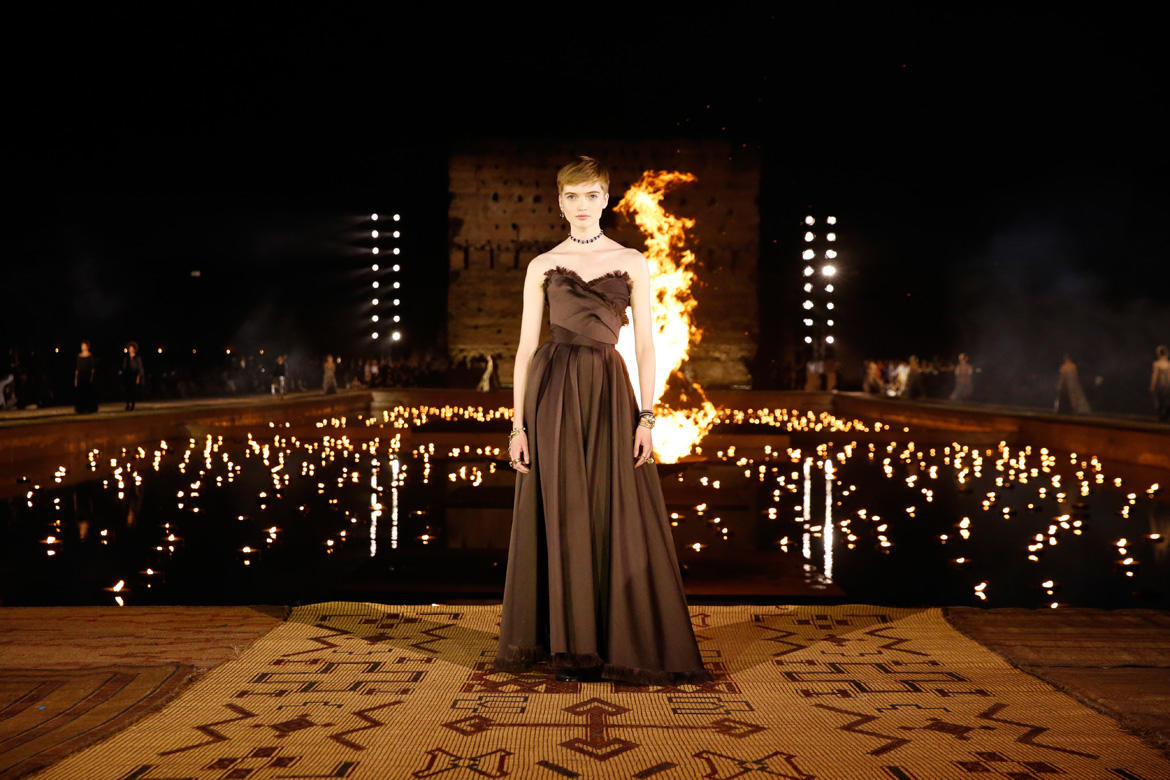