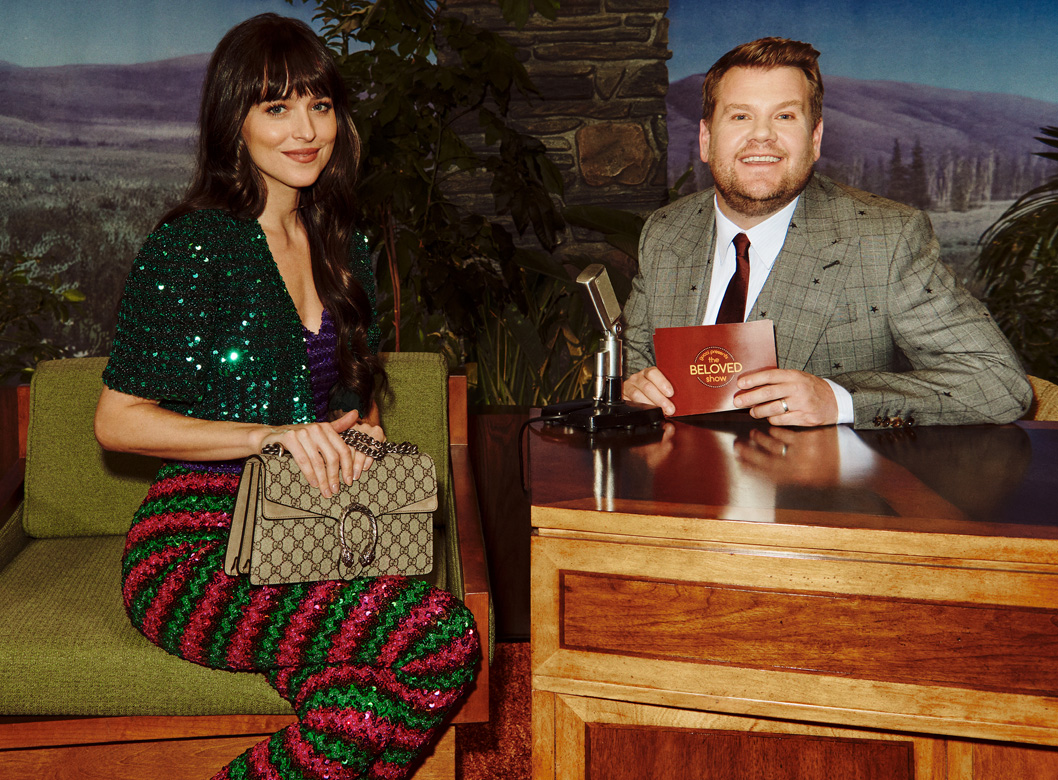 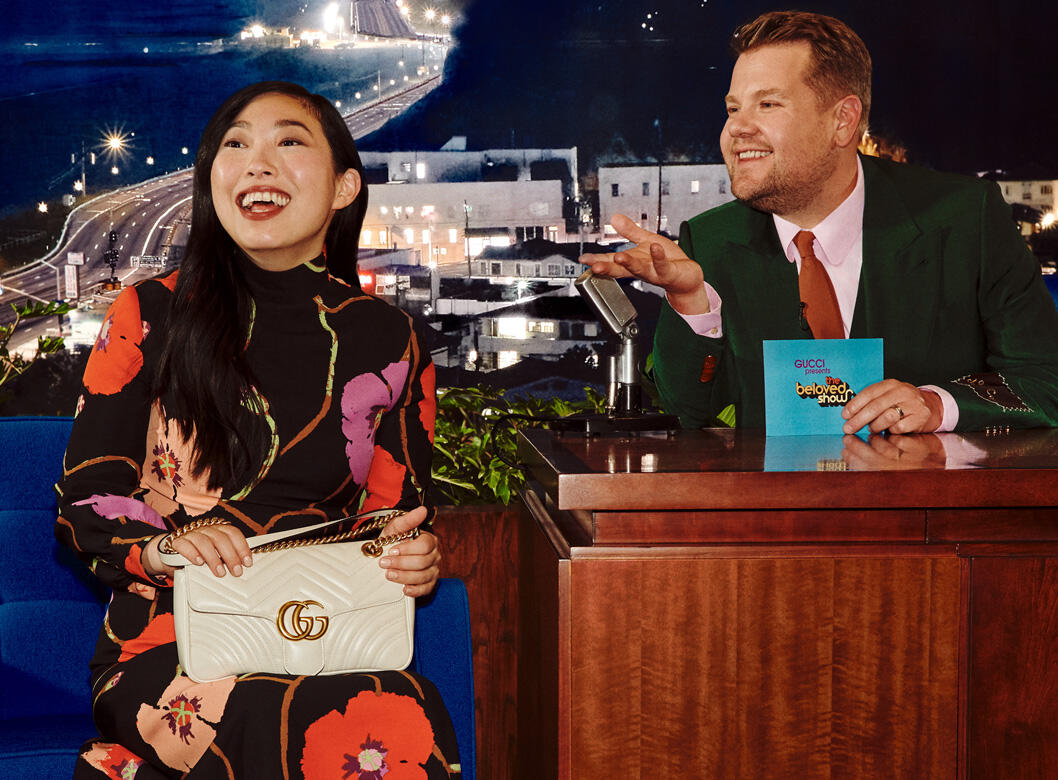 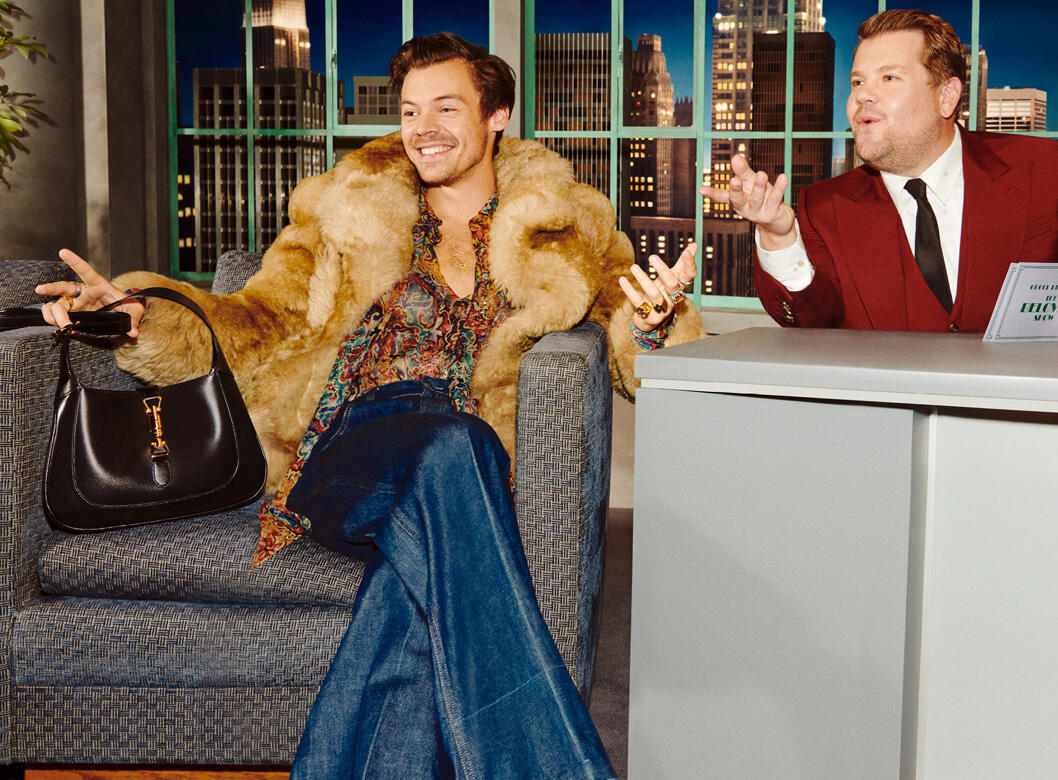 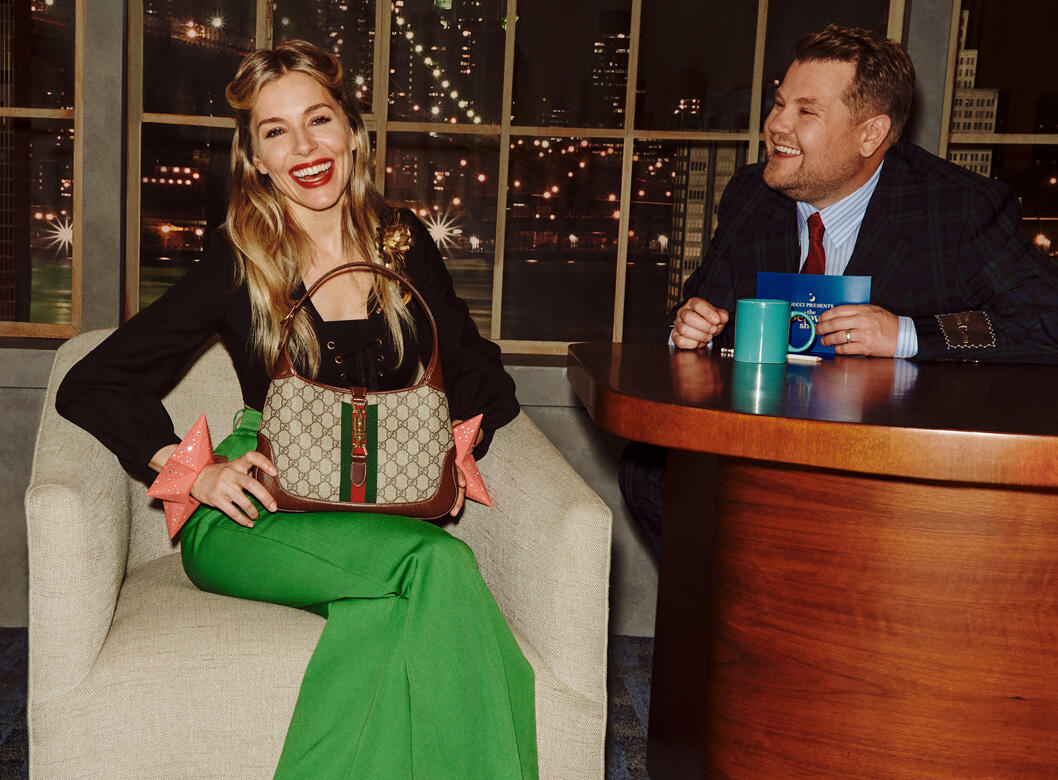 All Photos Are Courtesy of Gucci by Harmony Korine

No Gucci campaign goes unnoticed. However, the reason behind that isn’t only the amazing creations it features, as the concept itself is infinitely charming. That’s what the House proved yet again with the launch of its advertising campaign for Gucci Beloved Lines that was shot and directed by the talented Harmony Korine.

Creative Director Alessandro Michele took us to a magical place inspired by the late-night “Hollywood” talk show where many of our favorite well-known stars, like actor and filmmaker Dakota Johnson, actor Diane Keaton and musician and actor Harry Styles, appeared holding their favorite handbag. With actor James Corden as host, things were wrapped up perfectly.

Now enough with the talking, check the Photo Gallery and indulge in the fun moments of the amazing Gucci Beloved Lines campaign. 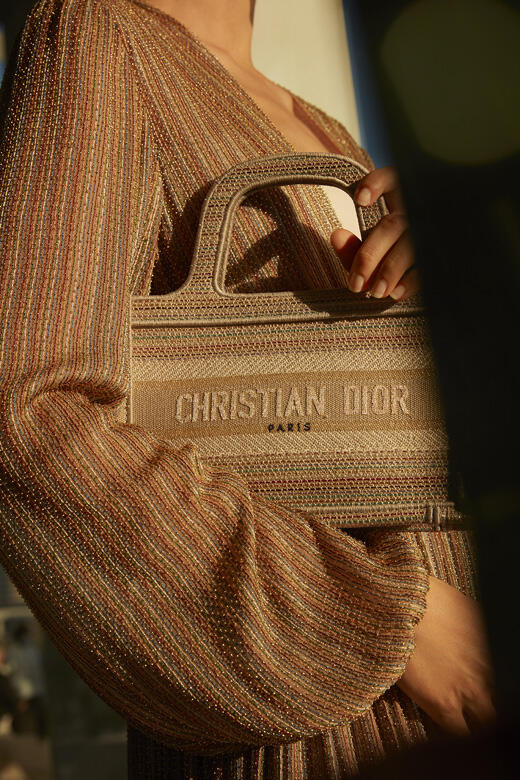