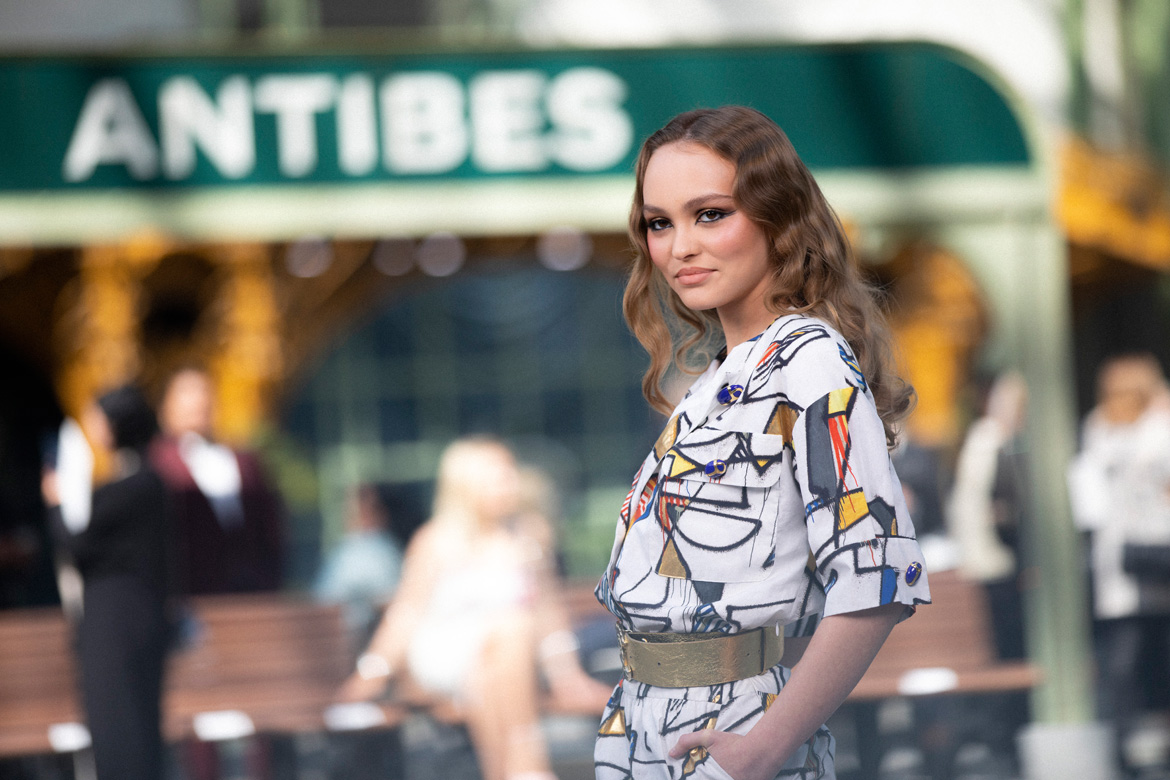 You’ve probably heard this name time and time again and you’ve probably seen her walking the CHANEL runways in her majestic demure and fronting many of the Maison’s big campaigns as well. But who is that angelic-faced blonde sensation whose picturesque silhouette and raw magnetism are all everyone can talk about?

Meet Lily-Rose Depp, Vanessa Paradis and Johnny Depp’s offspring, a 19-year old French-American actress and model who could only be described as down-to-earth and humble. Basking in the fame of her parents might not be her thing, but working hard on climbing her way up the success ladder definitely is. And with CHANEL written in bold letters on her portfolio, who wouldn’t love to hear more about her relationship with the Maison?

We, at Azyaamode, have had the fabulous opportunity to meet up with the little starlet and safe to say, she’s had a lot to say about CHANEL, Karl Lagerfeld and the Cruise 2020 runway show.

You’re the youngest face ever of CHANEL and some might say you’ve even followed your mother down the CHANEL runway. What was it like to become the Maison’s muse and ambassadress just like your mother?

Well it all started at a really young age, as I’ve always loved CHANEL and I’ve always seen it as this classy, elegant and timeless Fashion House. I actually grew up idolizing CHANEL, and I love everything that they made and still do!

Can you tell us more about your relationship with the late Karl Lagerfeld?

The memories I have with Karl Lagerfeld are just perfect, I am so grateful to have worked with such a genius and it’s an honor to have known the person that he was. And it’s all way beyond his genius because he was truly an amazing and kind person, and to find someone who is not only a legend but to also have a pure-hearted soul is as unique as ever. He truly loved and cherished his team and he was loyal to the core! So yeah, to have known him is one of the biggest honors!

What’s your first memory of yourself wearing CHANEL?

Well I always used to steal my mother’s CHANEL pieces, but perhaps my very first piece was a pink CHANEL purse my mother gave me and to be honest I still have it and I wear it all the time – it’s a timeless piece.

What did you think of Virginie Viard’s first solo CHANEL show?

She did so amazing! I was really blown away because nobody knew Lagerfeld better than she did and she truly carried his legacy in such a magical way, infusing her own special touch as well.

Are there any future plans on the CHANEL front?

Have you been to the Middle-East?

No, I haven’t visited the Middle East yet but I’ve always wanted to! Hopefully soon! 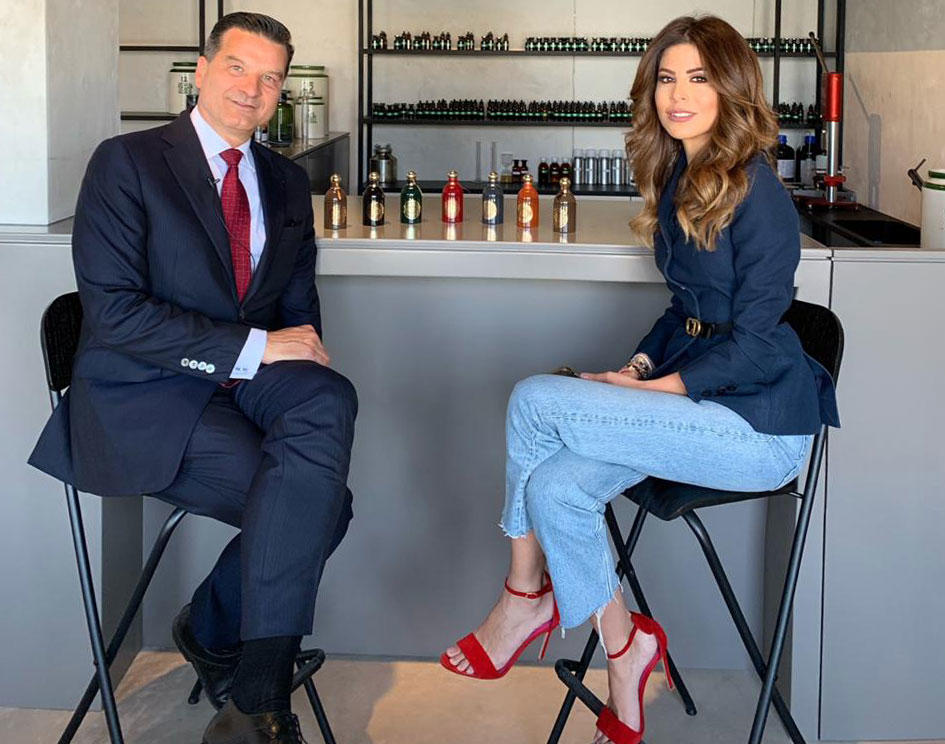 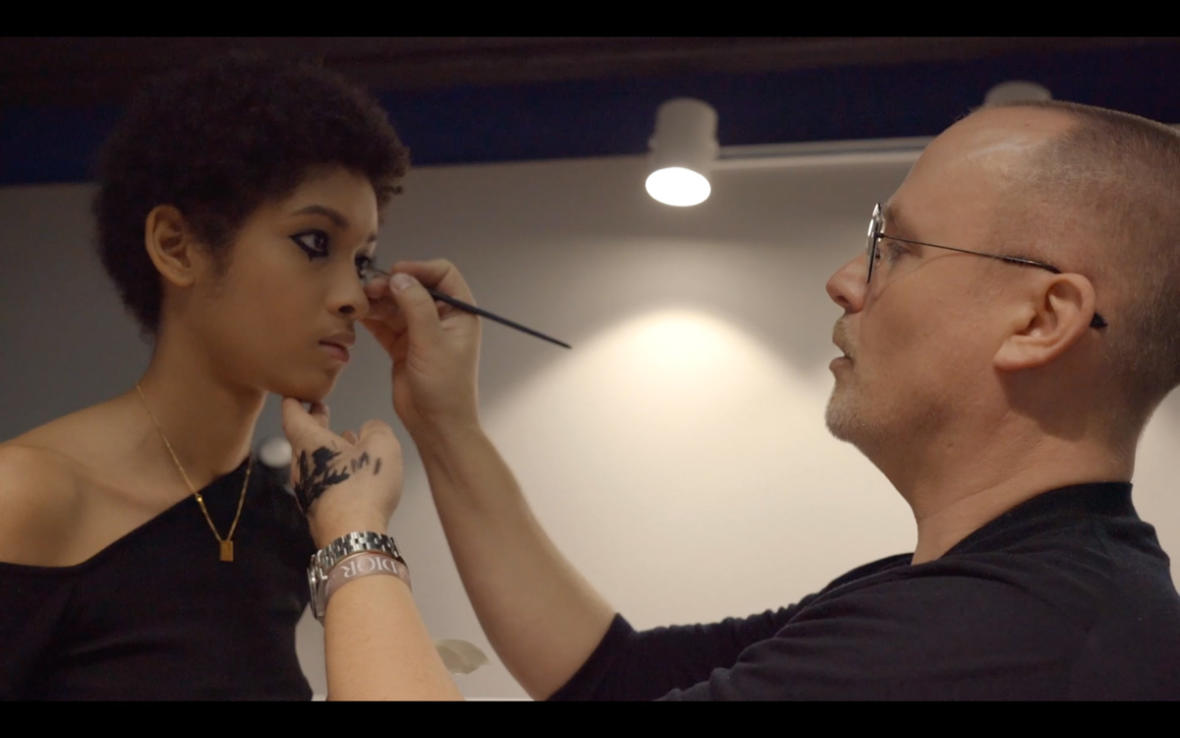